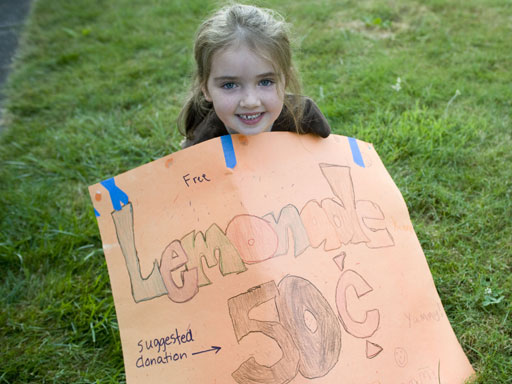 PORTLAND, Ore. (CBS/AP/KOIN) Jeff Cogen, the top elected official in Multnomah County, Ore. tried to turn lemons into lemonade, by apologizing Thursday for the shutting down of a lemonade stand by county health inspectors at a Portland arts fair last week.

"A lemonade stand is a classic iconic American kid thing to do," the county Chairman said. "I don't want to be in the business of shutting that down."

Cogen told CBS affiliate KOIN that he called Julie Murphy's mom and "shared with her my feeling that it really wasn't the county's business to be stopping 7-year-olds from selling lemonade."

He said she appreciated the apology.

"It's not necessarily best to have strict lines all the time," Cogen told KOIN, "and sometimes professional judgment and discretion needs to be used here." He's asked the health department to find a better way.

Cogen also says that he ran a lemonade stand, and his kids do, as well.

Maria Fife, Julie's mom, said her daughter wanted to open a lemonade stand after seeing a cartoon character open one. She was selling Kool-Aid lemonade for 50 cents a cup when an inspector approached and asked for her license - which costs $120 - at the fair. The other vendors reportedly rallied around Julie, and her "business" started booming.

According to KOIN, two inspectors then threatened Julie with a $500 fine, and she left in tears.

While the county inspectors were doing their job, Cogen said, the rules are meant for professional food service operators.

"This isn't something we need to be using our limited resources to crack down on," he said.