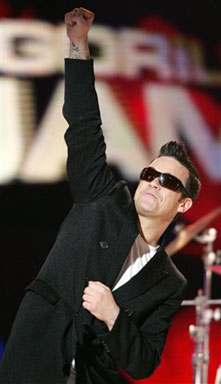 Al Leiter continues to demonstrate the value of doing your homework.

Leiter pitched a five-hitter for his fifth career shutout and lowered his ERA to a major league-best 1.53 Tuesday night, leading the New York Mets to a 2-0 win over the Montreal Expos.

"Right now I look over the tapes, I see who I didn't want to beat me, I feel really comfortable with what I want to do and how I want to execute it," Leiter said.

"That's all it is. It's a matter of knowing the weaknesses of the hitters that you're trying to go after and not think of anything else but trying to execute a pitch. And that's where I'm at right now.

"It's easy to say that when you're doing well, and you're getting guys out, and the numbers are there. I would say that this is the best I've ever been."

Leiter (8-3) won his fifth straight start, a streak that began with his other shutout this season, a 3-0 win over Milwaukee on May 23. Leiter struck out seven and walked one as New York won for the 18th time in 26 games.

Montreal has lost six of eight.

New York left fielder Luis Lopez took away an extra-base hit from F.P. Santangelo with a leaping over-the-head catch for the first out in the ninth.

"Initially, when (Santangelo) hit it I thought it might have gone out," Leiter said. "Then when I saw that it was going to stay in, you know, a great play like that is a real boost for any pitcher.

"The defense has been so great. I don't think there's much of a coincidence that my ERA, and Rick Reed, and all the guys on this staff, the ERAs wouldn't be as low as they are if it wasn't for our defense. You get great pitching but in order to get great pitching you need great defense. It was obvious tonight that the guys made some good plays."

"The guy can really pitch," Alou said. "He's a guy who threw a no-hitter last year. That was a great ballgame."

Butch Huskey's bases-loaded single with one out in the sixth broke up a scoreless duel between Leiter and Dustin Hermanson (4-6) as both teams combined for 11 hits.

Mike Piazza hit a one-out single in the sixth and advanced when third baseman Shane Andrews was charged with an error when he couldn't barehand John Olerud's slow grounder. Carlos Baerga walked to load the bases and Piazza scored on Huskey's single to left.

First baseman Brad Fullmer and catcher Chris Widger then combined on a fine defensive play to prevent the Mets from doing any further damage in the inning. Fullmer dove to his right to snare Brian McRae's grounder and, from his knees, fired a one-hopper home that Widger scooped out of the dirt for the forceout.

The Mets added an insurance run in the eighth on Ordonez's twoout RBI single off Steve Kline.

Hermanson allowed one run and just three hits in six innings. He struck out five and walked three.

"I felt good," Hermanson said. "I got deep in the count a couple too many times. I think that's what hurt me but overall I felt good."

"We were facing a great pitcher in Al Leiter," Hermanson said. "He's been dominating the league so we can't get down on ourselves."

Notes: The five straight wins are a career-best for Leiter. He won four straight with Toronto in 1995. ... Ordonez made his fifth error of the season with one out in the ninth. ... The Mets are 10-6 through the first 16 road games of a current stretch when they'll play 18 of 21 away from home. ... Fullmer made a nice backhand grab on Lopez's first-pitch grounder and flipped to Hermanson covering for the first out of the game. ... Montreal has a 7-16 record this season in the first game of a series. ... Leiter made a nice defensive play with one out in the seventh when he was late covering first but still managed to tag out pinch-hitter Mike Mordecai. ... Leiter is 4-1 in his career against the Expos.