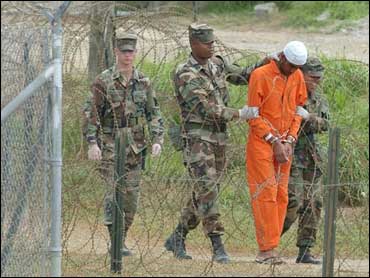 Is there a place in the U.S. justice system for torture?

Alan Dershowitz, the civil libertarian defender of O.J Simpson, believes the law should sanction torture so it may be applied in certain cases, such as terrorist acts.

In a 60 Minutes report, Dershowitz tells Correspondent Mike Wallace that torture is inevitable. "We can't just close our eyes and pretend we live in a pure world," he says.

After the events of Sept. 11, with many al Qaida members in custody, Dershowitz says he wants to bring the debate to the forefront. He gave the "ticking bomb" scenario - a person refusing to tell when and where a bomb will go off – as an example of the type of case warranting torture.

The FBI has anonymously leaked to the press the belief inside the bureau that torture may be an option. But Lewis Schiliro, former New York bureau director, warns of problems with torture.

"If anybody had the ability to prevent the events of Sept. 11… they would have gone to whatever length…The problem becomes, where do we draw that line?" he tells Wallace.

Torture is prohibited by the U.S. Constitution, says Human Rights Watch Executive Director Kenneth Roth, who also says it's not reliable. He points out that an Islamic terrorist, convicted in America for terrorist plots he admitted to after torture by authorities in the Philippines, had also admitted to being the Oklahoma City bomber.

"People will say anything under torture," says Roth, adding that resorting to torture degrades humanity and the idea of democracy. "We, in many important respects, become like the terrorists," he tells Wallace. "They will have won. Our democracy will have lost."

This is a naïve viewpoint, says Dershowitz. "If anybody has any doubt that our CIA, over time, has taught people to torture, has encouraged torture, has probably itself tortured in extreme cases, I have a bridge to sell you in Brooklyn."