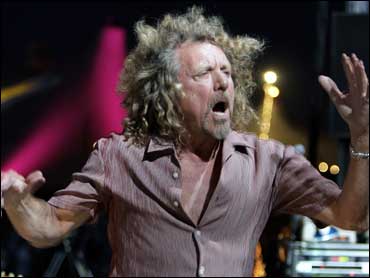 The infamous rock band Led Zeppelin, which made playing guitar a musical art form, will be reuniting for one last time to create some more rock and blues-influenced masterpieces.

The band will perform Nov. 26 at The O2 in London for a concert in memory of Atlantic Records founder Ahmet Ertegun.

To compliment the musical talent, Pete Townshend of The Who, former Rolling Stones bassist Bill Wyman, Foreigner and singer Paolo Nutini will also play at the tribute concert.

The British band Led Zeppelin, which was considered the first heavy metal band, formed in September 1968 when Ertegun signed the band to Atlantic Records.

In 1980, Led Zeppelin was hit with the loss of their drummer, John Bonham, which to their dire fans' dismay, followed with the band's split.

The rock band made a name for themselves with their incredible talent on the guitar and their rock-blues inspired tunes, which are still very popular to this day.

Led Zeppelin sold 300 million records worldwide and was the only band to have all of their albums reach the U.S. Billboard Top 10.