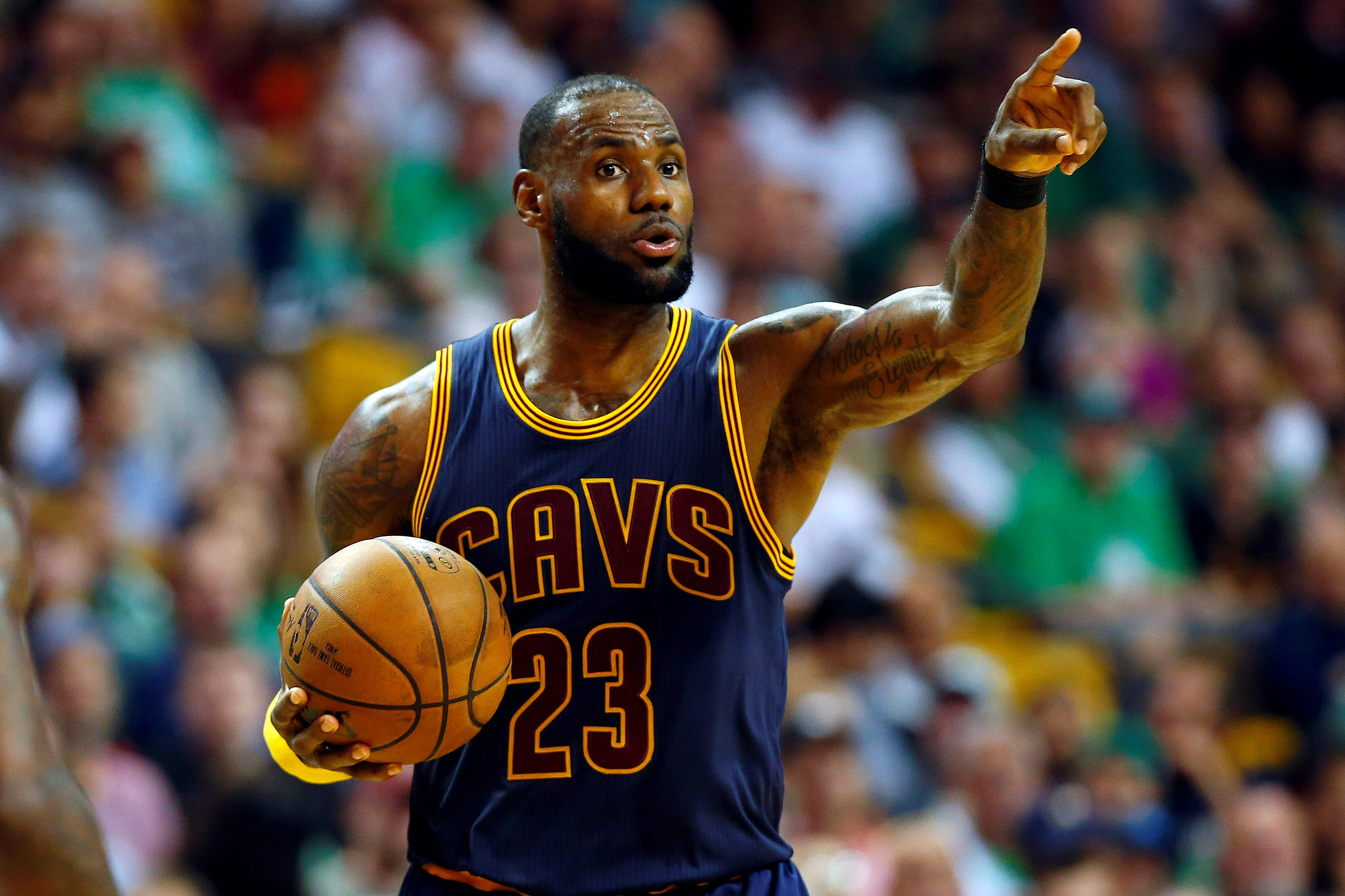 BRENTWOOD, Calif. -- Police were investigating a possible hate crime at the Brentwood home of LeBron James after a racial slur was spray-painted on a gate outside of his house, CBS Los Angeles reports.

Officers responded at about 6:45 a.m. to the home and found the property's front gate vandalized, according to LAPD Media Relations.

The graffiti included an "N-word" reference and has since been covered up, according to police.

Capt. Patricia Sandoval, a Los Angeles police spokeswoman, says that James wasn't at the home at the time. She says the property manager told officers they believe the incident was captured on surveillance video.

James was reportedly in the Bay Area gearing up for Game 1 of the NBA Finals against the Golden State Warriors, which starts Thursday.

Wednesday afternoon in Oakland, LeBron addressed the media about the incident saying racism will always be a part of the world and that "if this is to shed a light and continuing to keep the conversation going on my behalf then I'm OK with it."

"My family is safe -- at the end of the day they're safe -- and that's the most important. It just goes to show that racism will always be a part of the world and part of America," he said. "Hate in America -- especially for African Americans -- is living every day."

"No matter how much money you have, no matter how famous you are, no matter how many people admire you, being black in America is tough," James added. "We have a long way to go for us as a society and for us as African-Americans until we feel equal in America. But my family is safe, and that's what's important."

The Associated Press reports that James bought the house in 2015 for more than $20 million. The 9,440-square-foot home isn't his primary residence. He lives in Bath, Ohio.