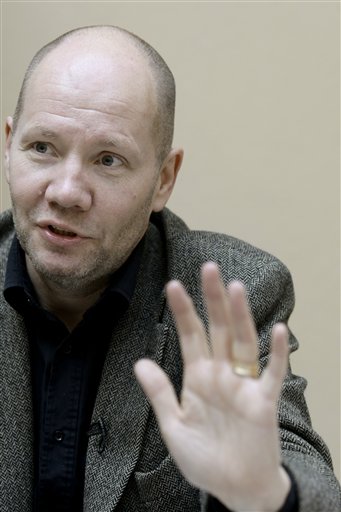 Only with a lot more money.

James will go into the league with a swoosh after signing a multiyear endorsement deal on Thursday with Nike, which outbid Reebok and Adidas for the 18-year-old star, who is expected to be the No. 1 pick in next month's draft.

"Nike is the right fit and has the right product for me at the right time," James said in a statement. "They are a good company that has committed to supporting me throughout my professional career, on and off the court."

Terms of the deal negotiated were not released, but a source close to James, who spoke on condition of anonymity, told The Associated Press the deal was worth more than $90 million.

The agreement came just hours after James signed an exclusive contract with Upper Deck trading cards. His contract with Nike is believed to be the richest initial shoe contract ever offered to an athlete.

When Jordan signed his first contract with Nike in 1984, it was for $2.5 million over five years. Nike signed Tiger Woods to a five-year, $40 million deal in 1996, but it was later replaced by a $100 million package from the sporting apparel giant.

Earlier this week, Nike signed Carmelo Anthony, the freshman who led Syracuse to the national championship in April to a shoe and apparel deal. Anthony, a close friend of James, is projected to be taken with the No. 2 pick next month.

"We are excited about our new partnership with LeBron James and look forward to a nurturing relationship with him," said Lynn Merritt, a Nike executive. "LeBron has great worth ethics on the court, tremendous basketball ability and a passion for the game."

Adidas appeared to drop out of the running earlier this week, just days after it put up billboards and placed messages on buses in Akron directed at James.

The 6-foot-8 James' selection of Nike over Reebok and Adidas ends a nearly two-year battle among the shoe companies to land the dynamic player, whose game has been compared to that of Jordan and Magic Johnson.

James has received unprecedented media coverage the past two years. He has appeared on the cover of national sports magazines, and last season two of his games were televised nationally by ESPN.

The shoe deal came less than a day before James was to learn where he'll be wearing his Nikes as a pro.

The NBA will hold its draft lottery Thursday night, and the winner gets the right to select James, a three-time Mr. Ohio in Basketball and the consensus national player of the year the past two years.

The Cleveland Cavaliers and Denver Nuggets, who tied for the league's worst record this season, have the best chance at getting the top pick.

Terms of the deal with Upper Deck were not immediately available, but company spokesman Jake Gonzales said James' contract is on a level with previous agreements signed by Jordan, Woods and soccer star David Beckham.

Gonzales said James is the youngest person ever signed by Upper Deck, whose other spokesmen include Kobe Bryant, Kevin Garnett, Ichiro Suzuki and Hideki Matsui.