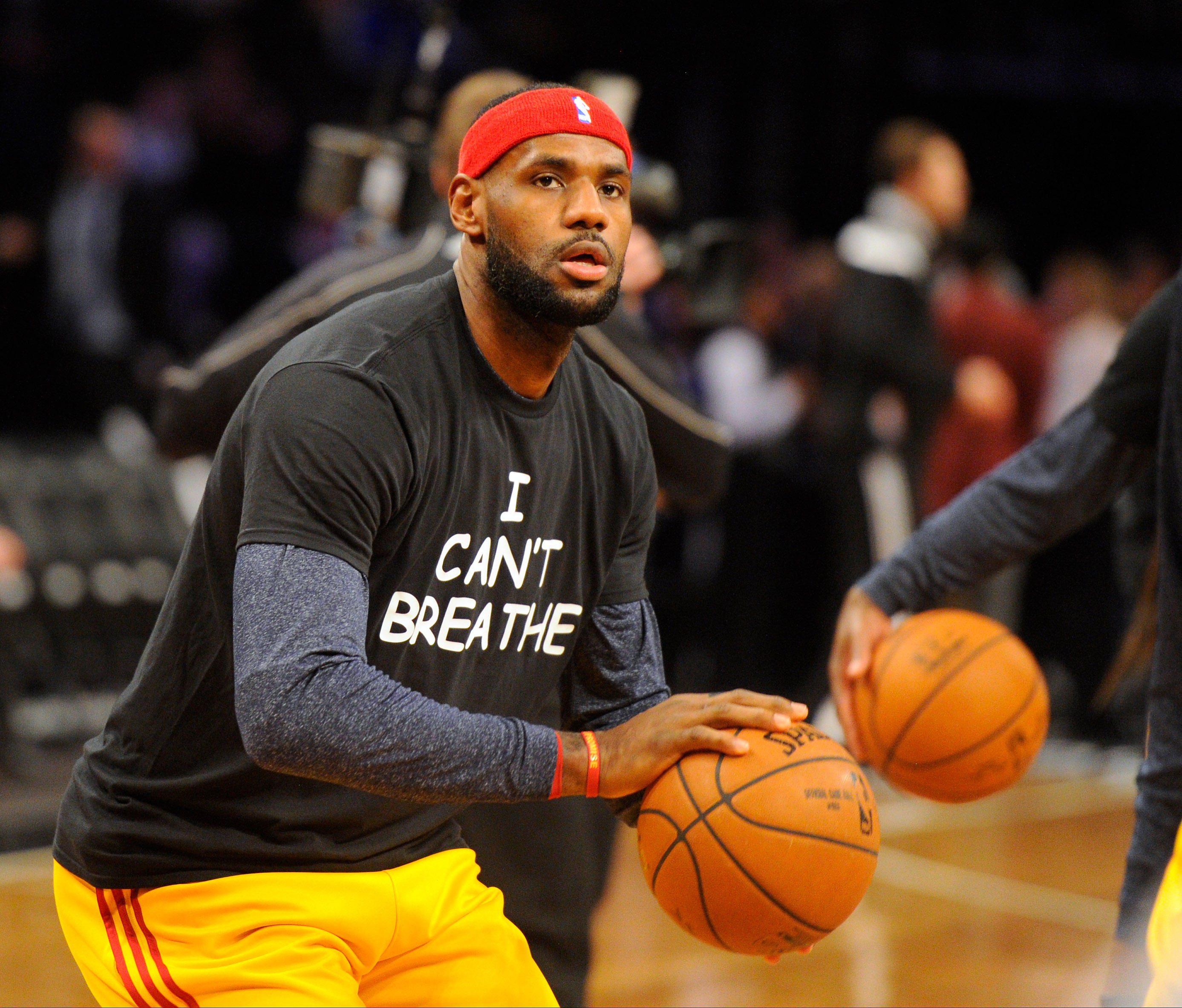 LeBron James has made his feeling on President Donald Trump’s executive order on immigration and refugees -- and he’s definitely against it.

James -- who was recently honored with the NAACP’s Jackie Robinson Award -- made it clear that he stands with those that have been protesting the ban since its introduction last month.

“I am not in favor of this policy or any policy that divides and excludes people,” James told the Hollywood Reporter. “I stand with the many, many Americans who believe this does not represent what the United States is all about. And we should continue to speak out about it.”

The Cleveland Cavaliers star explained that the ban is actually un-American.

“Diversity is what makes this country so great,” James said “We should all continue to speak up and fight for ideas that bring people together regardless of race, gender, ethnicity, religious beliefs or any other differences.”

“It’s important that we as athletes continue to use the platform we have to speak up for what we believe in.”

James had previously made it clear that he did not think highly of Trump in December when he and several teammates refused to stay at one of the then-president-elect’s New York City hotels.

His comments come the same week that Golden State Warriors star Stephen Curry defended his own controversial comments about the president.