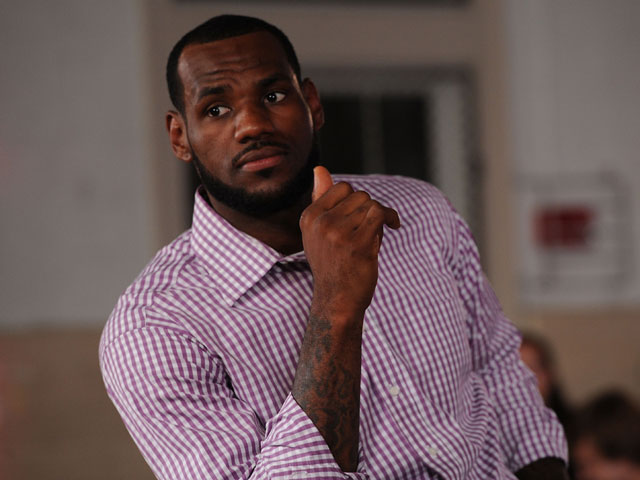 It may have taken 10 months and a cathartic series win over the Boston Celtics, but LeBron James is finally expressing remorse for how his much-maligned "Decision" unfolded.

After the Heat disposed of the Celtics Wednesday night to advance to the Eastern Conference Finals, LeBron said that his defection from Cleveland to Miami was motivated by a desire to vanquish his Celtics demons - but apologized "for the way it happened."

As CBSSports.com's Ken Berger reports, James told reporters: "I knew I had to go through Boston at some point. I went through a lot signing to be here and the way it panned out. I apologize for the way it happened, but I knew that this opportunity was once in a lifetime."

Berger: LeBron gets his revenge

LeBron didn't specifically mention the one-hour TV special that infuriated so many basketball fans, particularly those in Ohio, but it seems clear that he regrets how it all played out.

But don't expect his comment to repair his broken relationship with Cleveland. The apology will likely ring hollow in Ohio, especially considering he refused to apologize when he returned to play the Cavaliers in December.