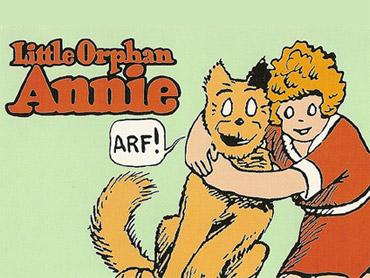 "Little Orphan Annie" is running out of tomorrows.

Tribune Media Services announced Thursday that it will cease syndication of the "Annie" strip on June 13.

The company said in a news release it is taking Annie into the Internet age by pursuing new audiences for her in digital media.

The 86-year-old comic strip will make its final appearance in print Sunday June 13, according to the New York Daily News, which first ran "Annie" beginning Aug. 5, 1924.

Tribune Media Services cancelled the cartoon, which still appeared in 20 papers across the U.S.

"It's kind of painful," cartoonist Ted Slampyak, who has drawn the famed characters Annie and Daddy Warbucks for the past six years, told the New York Daily News. "It's almost like mourning the loss of a friend."

The comic strip "Little Orphan Annie" made its newspaper debut on August 5, 1924, first written and illustrated by creator Harold Gray. The strip later was renamed simply "Annie." The spunky orphan was adopted by Daddy Warbucks and later joined by her lovable dog Sandy.

Annie is known for wearing a red dress with white collar and cuffs. Over decades she has become the center of a radio program, Broadway musical and movies.