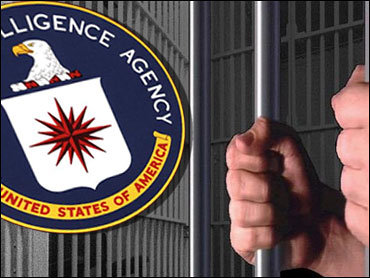 This column was written by John Hinderaker.


The CIA's war against the Bush administration is one of the great untold stories of the past three years. It is, perhaps, the agency's most successful covert action of recent times.

The CIA has used its budget to fund criticism of the administration by former Democratic officeholders. The agency allowed an employee, Michael Scheuer, to publish and promote a book containing classified information, as long as, in Scheuer's words, "the book was being used to bash the president."

However, the agency's preferred weapon has been the leak. In one leak after another, generally to the New York Times or the Washington Post, CIA officials have sought to undermine America's foreign policy. Usually this is done by leaking reports or memos critical of administration policies or skeptical of their prospects. Through it all, our principal news outlets, which share the agency's agenda and profit from its torrent of leaks, have maintained a discreet silence about what should be a major scandal.

Recent events indicate that the CIA might even be willing to compromise the effectiveness of its own covert operations, if by doing so it can damage the Bush administration. The story began last May, when the New York Times outed an undercover CIA operation by identifying private companies that operated airlines for the agency. The Times fingered Aero Contractors Ltd., Pegasus Technologies, and Tepper Aviation as CIA-controlled entities. It described their aircraft and charted the routes they fly. Most significantly, the Times revealed one of the most secret uses to which these airlines were put:

When the Central Intelligence Agency wants to grab a suspected member of al Qaeda overseas and deliver him to interrogators in another country, an Aero Contractors plane often does the job.

The Times went on to trace specific flights by the airlines it unmasked, which corresponded to the capture of key al Qaeda leaders:

Flight logs show a C.I.A. plane left Dulles within 48 hours of the capture of several al Qaeda leaders, flying to airports near the place of arrest. They included Abu Zubaida, a close aide to Osama bin Laden, captured on March 28, 2002; Ramzi bin al-Shibh, who helped plan 9/11 from Hamburg, Germany, on Sept. 10, 2002; Abd al-Rahim al-Nashri, the Qaeda operational chief in the Persian Gulf region, on Nov. 8, 2002; and Khalid Shaikh Mohammed, the architect of 9/11, on March 1, 2003.

A jet also arrived in Riyadh, Saudi Arabia, from Dulles on May 31, 2003, after the killing in Saudi Arabia of Yusuf Bin-Salih al-Ayiri, a propagandist and former close associate of Mr. bin Laden, and the capture of Mr. Ayiri's deputy, Abdullah al-Shabrani.

Aviation records cannot corroborate his claim that the men questioned him and threatened his life. But they do show that a Gulfstream V registered to one of the C.I.A. shell companies flew from Tripoli, Libya, to Guantánamo on Sept. 8, the day before Mr. Deghayes reported first meeting the Libyan agents. The plane stopped in Jamaica and at Dulles before returning to the Johnston County Airport, flight records show.

The Times reported that its sources included "interviews with former C.I.A. officers and pilots." It seems difficult to believe that the information conveyed in those interviews was unclassified. But if the agency made any objection to the Times's disclosure, it has not been publicly recorded. And the agency's flood of leaks to the Times continued.
The other shoe dropped on November 2, when the Washington Post revealed, in a front-page story, the destinations to which many terrorists were transported by the CIA's formerly-secret airlines — a covert network of detention centers in Europe and Thailand:

The CIA has been hiding and interrogating some of its most important al Qaeda captives at a Soviet-era compound in Eastern Europe, according to U.S. and foreign officials familiar with the arrangement.

The secret facility is part of a covert prison system set up by the CIA nearly four years ago that at various times has included sites in eight countries, including Thailand, Afghanistan and several democracies in Eastern Europe, as well as a small center at the Guantanamo Bay prison in Cuba, according to current and former intelligence officials and diplomats from three continents.

The Post's story caused a sensation, as the "current and former intelligence officials" who leaked the classified information to the newspaper must have expected it would. The leakers evidently included officials from the highest levels of the CIA; the Post noted that the facilities' existence and location "are known to only a handful of officials in the United States and, usually, only to the president and a few top intelligence officers in each host country." Further, the paper said that it "is not publishing the names of the Eastern European countries involved in the covert program, at the request of senior U.S. officials." So this top-secret leak was apparently not a rogue operation. On the contrary, it appears to have been consistent with the agency's longstanding campaign against the Bush administration, which plainly has been sanctioned (if not perpetrated) by officials at the agency's highest levels.

Both the Post and the leaking officials knew that publication of the secret-prisons leak would damage American interests:

[T]he CIA has not even acknowledged the existence of its black sites. To do so, say officials familiar with the program, could open the U.S. government to legal challenges, particularly in foreign courts, and increase the risk of political condemnation at home and abroad.

The damage foreseen by CIA leakers quickly came to pass. Anti-American elements in a number of European countries demanded investigations into the use of their countries' airports and air space by civilian airlines that are known or suspected CIA fronts. In Spain, the foreign minister testified before a parliamentary committee that no laws were broken in what allegedly were CIA-linked civilian landings in Majorca. But that site will be closed to the agency in the future:

Similar outcries and investigations occurred in the Canary Islands, Portugal, Norway, and Sweden.

The twin leaks to the Times and the Post have severely impaired the agency's ability to carry out renditions, transport prisoners, and maintain secret detention facilities. It is striking that top-level CIA officials are evidently willing to do serious damage to their own agency's capabilities and operations for the sake of harming the Bush administration and impeding administration policies with which they disagree.

The CIA is an agency in crisis. Perhaps, though, there is a ray of hope: the agency has referred the secret-prison leak to the Post to the Justice Department for investigation and possible criminal prosecution. It is a bitter irony that until now, the only one out of dozens of CIA-related leaks known to have resulted in a criminal investigation was the Valerie Plame disclosure, which was trivial in security terms, but unique in that it helped, rather than hurt, the Bush administration.

John Hinderaker is a contributing writer to The Daily Standard and a contributor to the blog Power Line.