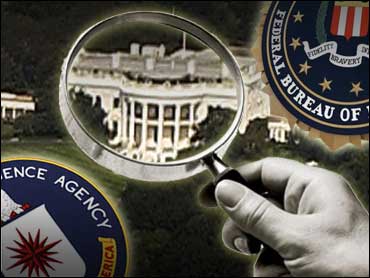 A Democratic senator called on the White House Tuesday to require staffers to cancel reporter confidentiality agreements so the journalists might tell investigators whether a Bush administration official leaked a CIA operative's name.

In a letter sent to White House chief of staff Andrew Card, Sen. Charles Schumer, D-N.Y., argued that the White House staff has only "partially cooperated" with Justice Department investigators by turning over phone and e-mail records.

Plame is married to former Ambassador Joseph C. Wilson, who has said he thinks his wife's identity was disclosed to discredit his assertions that the administration exaggerated Iraq's nuclear capabilities to build a case for war.

Wilson traveled to Niger in early 2002 to check an allegation that Iraq tried to buy uranium there, and reported back to the CIA that he found no evidence to support the claim.

The CIA twice prevented officials from making the Niger charge publicly, but President Bush made reference to it in his State of the Union address.

When Wilson revealed publicly in July that he had found no substance to the Niger allegation, the White House quickly retracted it.

"Professional prosecutors handling the investigation into this national security breach have determined that they would be aided by these waivers of confidentiality," Schumer said. "Full cooperation requires that these staffers comply with this reasonable request from law enforcement."

The White House has repeatedly declined to say whether staffers have, or are being asked to, release reporters from confidentiality agreements.

The New York Times and NBC last week reported that waiver forms were given to White House employees, but it was unclear if any staff members had actually signed them.

White House press secretary Scott McClellan says President Bush has directed members of his staff to cooperate with the investigation, but will not say whether that means staffers are being directed to sign confidentiality waiver forms.

"No one wants to get to the bottom of it and find out the truth more than the president of the United States," McClellan said Tuesday. "That's why the president has directed the staff to cooperate fully in that ongoing investigation and work with the investigators."

As he has done for days, McClellan referred specific questions to the Justice Department.

Schumer said "full cooperation" requires freeing journalists from their obligations to protect their sources. "I hope you will do so as soon as possible," Schumer said in his letter to Card.

Schumer said that in the late 1990s when Republican congressional leaders were looking into whether White House officials were leaking information about members of Congress, then White House chief of staff Erskine Bowles informed news organizations that the White House was waiving all confidentiality rights regarding such leaks.

The senator said that while this would be a positive move, he thinks it would be better if White House staffers signed individual waivers. "The only way that will happen is if you order it of your employees," Schumer said. "I encourage you to do so in the strongest possible way."

But confidentiality waivers raise thorny issues for journalists, who generally pledge to withhold confidential information under all circumstances, even when threatened with jail.

"I don't think it's a good idea in terms of mounting any kind of pressure of that sort," said Gary Hill, chairman of the ethics committee at the Society for Professional Journalists. "It kind of defeats the whole purpose of why reporters have confidential sources."

While reporters are discouraged from relying on unnamed sources, in some stories — like the Watergate scandal — they have proven essential.

It's also unclear that journalists would reveal their sources even if the source signed a waiver to permit it.

"I think the reporter is still bound by the word to the source," Hill said.

The FBI has interviewed more than three-dozen Bush administration officials. A leaker could be charged with a felony.

Attorney General John Ashcroft removed himself last week from the inquiry to avoid the appearance of a conflict of interest. Democrats, including Schumer, had called on Ashcroft to step aside from the investigation from the outset.