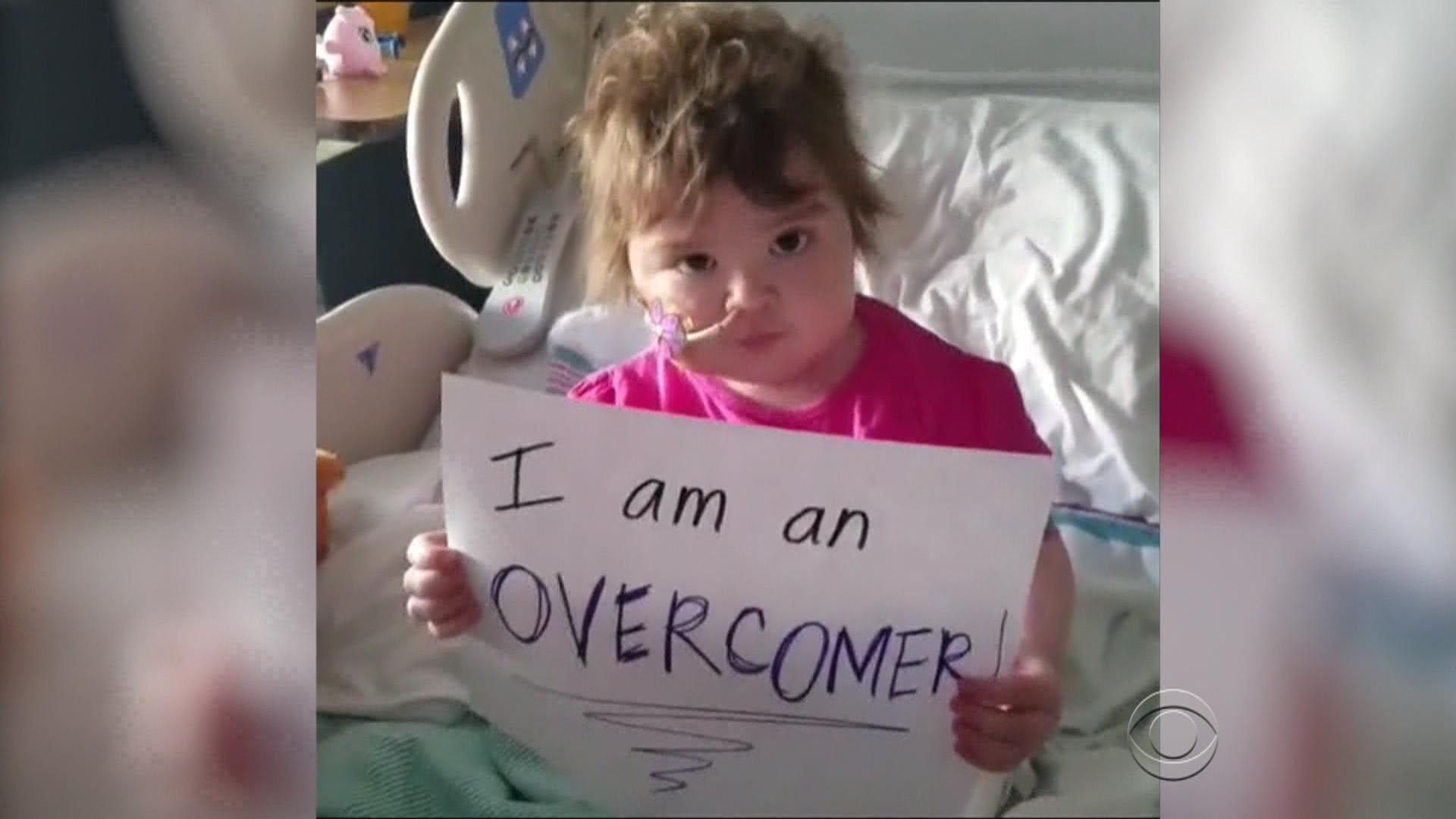 OAKLAND, Calif. -- You will want to meet this little girl who possesses incredible power -- to lift spirits.

“You’re an overcomer. Stay in the fight until the final round,” she sings.

Four-year-old Leah Carroll is lip syncing her heart out to her favorite gospel song called “Overcomer.”

It is a bold choice for a little girl who has spent more time inside Oakland Benioff Children’s Hospital than she has outside.

Some of her closest playmates are the nurses treating her for severe congenital neutropenia.

It’s a rare blood disorder where bone marrow is unable to make normal white blood cells. Dr. Alison Matsunaga was one of the first to treat her.

“She has issues with just normal feeding because of problem with her absorption through her intestinal tract,” Dr. Matsunaga said. “So she’s required many different treatments.”

To distract Leah from boredom and sometimes pain, her mother looked for songs on the internet and that is how Leah became a fan of gospel singer Mandisa.

It was one video of Leah singing “Overcomer “ that transformed the pint-size patient into an internet sensation with more than 37 million views.

CBS News asked Leah’s mother, Lindsay, why she thinks this one video resonated with so many people.

Lindsay says, “The world just needed some joy right now, especially in the United States.  And I think Leah just has this pure joy about her.”

“And the song itself is just really, really fitting for her life,” Leah’s mother said. “You know, being an overcomer and getting through everything she’s been through.”

Leah’s little voice has inspired both the sick and who have posted comments on her video from around the world, even inspiring Mandisa herself.

Mandisa and her friends made a video for Leah to give her inspiration.

Doctors say Leah’s neutropenia is close to being cured -- earning her the nickname: “Leah the Overcomer.”