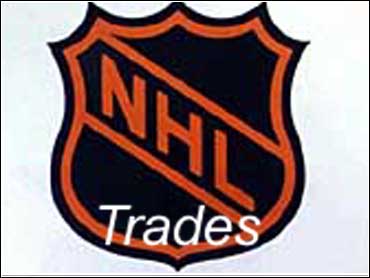 The Lightning also received Toronto's fifth- and sixth-round picks in this June's draft, while the Maple Leafs also got Tampa Bay's fourth-round pick in the entry draft and the option to exchange conditional mid-round picks with the Lightning in the 2001 draft.

Tucker had 34 points, including 14 goals, and 108 penalty minutes and is considered a tough, two-way player. In 282 career games, the former Montreal Canadiens draft pick has 117 points 49 goals and 540 penalty minutes.

Posmyk is in his second season with the AHL's St. John's Maple Leafs. The 6-foot-5 Czech is the wild card in the trade. He was Toronto's first pick in the 1996 entry draft, and he might develop into a good NHL defenseman.

Toronto and Tampa Bay have been partners in several trades this season, with the Leafs sending Fredrik Modin south for Cory Cross, then trading Todd Warriner to the Lightning for a third-round pick.