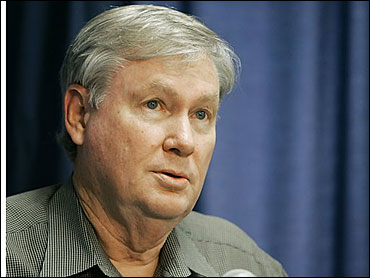 New government tests show dangerous amounts of sewage-related bacteria and lead from unknown sources in the floodwaters in New Orleans, and high levels of chemicals such as hexavalent chromium, used in industrial plating, and arsenic, used in treating wood.

Amid progress in restoring power and water service and the day after the release of government tests showing that the floodwaters still contain bacteria and chemicals, but that the air is safe to breathe, Mayor Ray Nagin announced that large parts of the city will reopen early next week. The French Quarter is set to reopen the week after that.

"The city of New Orleans will start to breathe again," he said.

Elevated levels of E. coli and other coliform bacteria that can cause vomiting, diarrhea, stomach pain and fever have been found at up to 109 times the EPA's safe swimming limit.

Lead, which can cause nerve damage, was found in one sample at 56 times the EPA's limit for drinking water; two other samples had it at nearly twice and more than three times the limit.

A preliminary round of water and air tests done more than a week ago indicated that floodwaters in New Orleans contained bacteria at more than 10 times the acceptable levels, making direct contact by rescue workers and remaining residents dangerous.

"Human contact with the flood water should be avoided as much as possible," said EPA Administrator Stephen L. Johnson said last week.

Also found in the first round of testing were elevated lead levels, a risk if people, particularly children, were to drink the water.

Five sites in the region containing some of the nation's worst toxic messes were flooded, and one of them, a landfill where residents took trash for decades, remains underwater and can't be reached.

Among all the flooded areas of Louisiana, Mississippi and Alabama, there are 31 such sites that are part of the federal government's "Superfund" program to clean up hazardous waste.

There have been five oil spills in the New Orleans area. Some hazardous waste railcars are believed to be flooded, with water at least up to the wheels, although federal rail officials say they've had no reports of leakage so far.

EPA Administrator Stephen Johnson, who called the hurricane flooding the biggest disaster his agency has ever faced, said the lead contamination is a mystery.

"Whether it's lead paint or lead from batteries, we don't know what the source is. But we know we've got a high level, and that's of concern to us," he said Wednesday, revealing test results from samples taken during the past two weeks. Johnson said he has convened a panel of outside experts to advise the agency on how to assess and clean up the flood damage.

Johnson briefed reporters after giving the Senate Environment and Public Works Committee what Sen. James Jeffords called "a grave and sobering assessment" of the trouble.

"We heard that the degree of environmental damage is considered catastrophic," Jeffords said. "We also heard that the EPA is still in the very early stages of collecting the soil and water samples that are needed to determine whether it is safe for residents to return to the area."

Tests of the city's air, which has a strong stench even from a couple hundred feet up, indicated no potential health issues. Only a few air pollutants were detected, such as methanol, a wood alcohol, isobutylene, a flammable gas, and freon, a refrigerant.
Federal agencies aren't predicting when the city will be habitable.

The latest chemical samples were drawn Sept. 4 and Sept. 6 by the EPA and the Louisiana Department of Environmental Quality.

Like previous tests, they turned up high levels of chemicals such as hexavalent chromium, arsenic and lead. A slightly elevated level of thallium was detected at one sampling location, but it was not enough to harm the public.