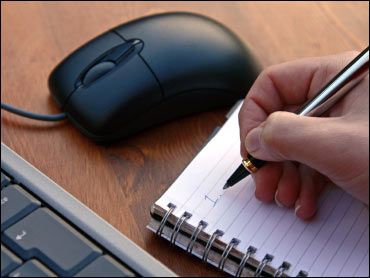 An administrative judge has denied unemployment benefits to a woman who was fired from her job for keeping a journal detailing her efforts to avoid work.

Emmalee Bauer, 25, of Elkhart, Iowa, was employed by the Sheraton hotel company as a sales coordinator in Des Moines. While on the job, she kept a handwritten journal. A supervisor told her to stop writing on company time, but instead, Bauer wrote her journal on her work computer.

Portions of the journal were introduced during a recent hearing regarding Bauer's request for unemployment.

"This typing thing seems to be doing the trick," she wrote. "It just looks like I am hard at work on something very important."

Bauer also wrote: "I am only here for the money and, lately, for the printer access. I haven't really accomplished anything in a long while ... and I am still getting paid more than I ever have at a job before, with less to do than I have ever had before. It's actually quite nice when I think of it that way. I can shop online, play games and read message boards and still get paid for it."

In her journal she speculated it could someday be published.

Bauer was fired for misuse of company time after a supervisor discovered the journal late last year.

Administrative Law Judge Susan Ackerman denied Bauer's request for unemployment last week, saying the journal demonstrated a refusal to work, as well as Bauer's "amusement at getting away with it."