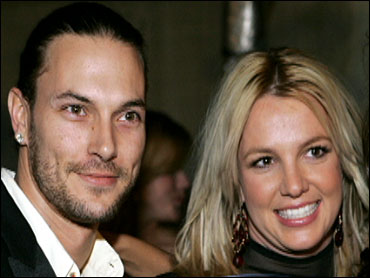 Attorneys for Britney Spears and Kevin Federline were back in court Monday in the former couple's ongoing child-custody dispute.

Federline's lawyer, Mark V. Kaplan, said the unscheduled court session was called to "refine certain areas" of a judge's previous order in the case. He would not elaborate.

Spears' attorney, Sorrell Trope, confirmed in a telephone interview that the hearing involved issues related to the custody case. He declined to comment further.

The court hearing came just days after city prosecutors charged Spears with misdemeanor counts of hit-and-run and driving without a valid license after she allegedly smashed her car into another in a parking lot in August.

Kaplan said he does not expect the filing of the misdemeanor charges last week to have any impact on the upcoming hearing dates on Federline's request to increase his custody time with the former couple's two young sons. They divide time with the children equally.

The first hearing date is Nov. 26, but the second date has been delayed from Dec. 18 to early January, Kaplan said.

Superior Court Commissioner Scott Gordon, who held Monday's in-chambers session with the lawyers, is presiding over the custody dispute. He issued orders last week directing Spears to undergo random testing twice a week after finding she is involved in "habitual, frequent and continuous use of controlled substances and alcohol."

If convicted on the driving changes, Spears could face up to six months in jail and a $1,000 fine for each count. The accident occurred Aug. 6, when she was filmed by paparazzi steering her car into another vehicle as she tried to turn into a spot in a Studio City parking lot. Spears was scheduled to be arraigned in that case Oct. 10, but she is not required to appear.