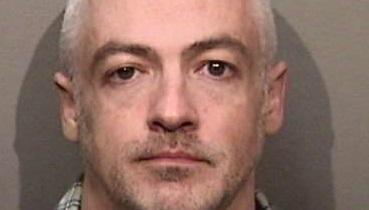 DUBLIN, Calif. -- A Northwestern University professor accused in the stabbing death of a Chicago man is a "gentle soul" and the allegations run contrary to how he's lived his life, the professor's lawyer said Monday before an initial court appearance in California, where he was arrested.

Kenneth H. Wine, an attorney for Wyndham Lathem, urged the public to withhold judgment until all of the facts come out.

"Since the beginning of this case, the defense has received dozens of calls and letters in support of Dr. Lathem, from friends and colleagues who have known him for decades," Wine said in a statement. "They all describe him in the same way - a kind, intelligent, and gentle soul, and a loyal and trusted friend. What he is accused of is totally contrary to the way he has lived his entire life."

Lathem, a 42-year-old Northwestern microbiologist, and Andrew Warren, an Oxford University financial officer, surrendered to San Francisco Bay Area authorities Friday night after more than a week on the run. They face preliminary charges of first-degree murder in Illinois in the July 27 killing of 26-year-old Trenton James Cornell-Duranleau in Lathem's Chicago apartment.

Lathem and Warren have not been formally charged. Lathem, who surrendered in Oakland, is being held without bail in Alameda County.

Warren, a British national, surrendered in San Francisco and does not have an initial court date yet.

Authorities have not disclosed a possible motive for the killing.

In court Monday, Lathem was wearing red inmate clothes and had his hands shackled. He smiled at backers who waved at him.

At least five friends were there to lend support, with one blowing kisses. They declined to comment.

Lathem was not formally arraigned but waived extradition. Alameda County is assisting Illinois by beginning the process required for extradition. Chicago authorities now have 30 days to bring him back.

Also Monday, Northwestern University said Lathem had been terminated "for the act of fleeing from police when there was an arrest warrant out for him."