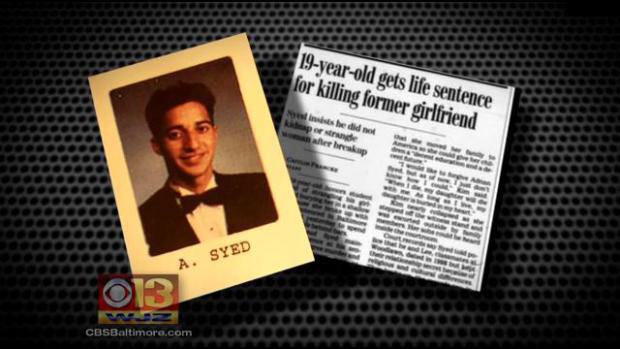 BALTIMORE --A Baltimore attorney says he has new evidence that calls into question key cellphone records used to convict Adnan Syed, the convicted killer at the center of the popular "Serial" podcast, reports CBS DC.

Syed, now 35, was convicted in 2000 in the January 1999 murder of his ex-girlfriend Hae Min Lee in Maryland. He is serving a life sentence. "Serial" raised new questions about the case and stoked national and international debate about whether or not Syed's conviction was sound.

The new evidence, Syed's lawyer reportedly says, is the cover letter of a fax sent to one of the detectives from AT&T in February 1999, reading, "Outgoing calls only are reliable for location status. Any incoming calls will NOT be considered reliable information for location."

"We feel that the fax cover sheet from AT&T is an extremely important piece of evidence, and we are bringing it to the court's attention as quickly as possible," Brown told The Baltimore Sun. "We hope the court considers it."

If the warning had been"properly raised at trial" by Syed's previous defense attorney, "much of, if not all of, the cellular evidence would have been rendered inadmissible," Brown wrote in the filing obtained by the Baltimore Sun.

The Maryland Court of Special Appeals agreed in February to hear Syed's appeal of a lower court ruling that denied his request for a new trial, according to the paper. The court in May said that an alibi witness -- who claims she saw Syed at a library near school on the day prosecutors say Syed killed Lee, but was never interviewed by his defense attorney -- should be allowed to testify in a post-conviction hearing.

The witness account, the court ruled, should be included in deliberation on whether Syed should be afforded a new trial, according to the paper.

The Monday filing raises the cellphone issue as another reason to hold a post-conviction hearing, reports the paper.