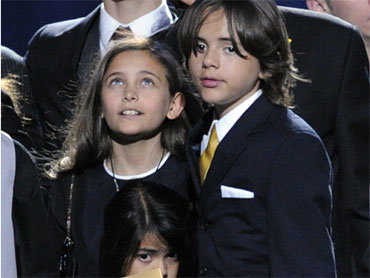 An attorney for Michael Jackson's mother confirms that child services workers are investigating the presence of a stun gun at the Jackson family home, but he says the late singer's children were never exposed to the weapon.

Attorney Adam Streisand confirmed the investigation Tuesday but said the mail-order stun gun delivered to the home was confiscated before any harm was done.

Streisand represents Katherine Jackson, who has custody of her son's three young children, Prince Michael, Paris and Prince Michael II, also known as Blanket. Streisand said the weapon was ordered by the 13-year-old son of Jermaine Jackson, Jafar, and sent to the Jackson family home in the Encino neighborhood of Los Angeles.

"Jafar opened the package in his bathroom and tested it on a piece of paper," Streisand said in a statement. Security and Katherine Jackson heard the sound and confiscated the weapon immediately, he said.

"Blanket Jackson never saw or heard the taser," Streisand said. "Neither did Paris Jackson. Prince saw the taser in possession of security."

Streisand said child services workers have not given him or Katherine Jackson an update on the agency's inquiry. A phone message left for the agency was not immediately returned, but it generally does not comment on its cases.

"All of the kids are happy, healthy and wonderful, and that is Mrs. Jackson's only objective and concern," Streisand said.

Despite Streisand's characterization of the stun gun as a "taser," Taser International said that a different company manufactured the device found in the Jackson home, not the Arizona maker of the popular law enforcement weapon.

Katherine Jackson has been caring for the children since their father's death on June 25, 2009, at age 50. The children range in age from 8 to 13.
Prince Michael and Paris are the children of Michael Jackson's ex-wife Debbie Rowe, who was granted some visitation with them after the singer's death. The identity of Blanket's mother has never been revealed.

As part of an agreement between Rowe and Katherine Jackson, a child psychologist was required to structure visits and monitor the children. Katherine Jackson was initially granted more than $86,000 a month to pay for the family home and care for Michael Jackson's children, but that allowance was recently increased. The current amount has not been publicly released.

A Los Angeles Superior Court judge has oversight of Katherine Jackson's guardianship of the children and has praised her in open court.

Streisand says he does not expect the stun gun incident to become a factor in the guardianship case. Meg Lodise, a court-appointed attorney representing the three youngsters' interests in their father's estate, did not return a phone message seeking comment.