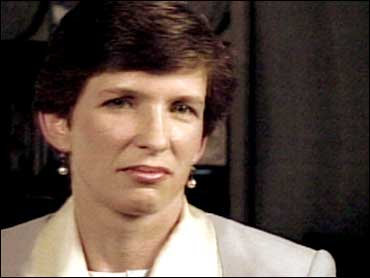 A man who spent nearly a dozen years behind bars for a crime he didn't commit is finally free, thanks to the efforts of a California lawyer who never gave up trying to prove his innocence. The Early Show National correspondent Hattie Kaufmann reports on this American Hero story.

In 1991, Rick Walker was convicted of murder in the grisly death of a young California woman.

Walker says, "I just sat there, looked at the jury and shook my head back and forth."

Lisa Hopewell had been wrapped in duct tape and mutilated. Prosecutors cut a plea bargain with a man whose fingerprints were found at the scene, but who claimed Walker was the murderer.

Walker says, "The district attorney actually told me something in court, he said, 'There's a guy getting on the stand, he's going to testify against you and cry, and we're going to convict you of this.'

"I called home and told my mom the second day of trial and said they're railroading me," he says.

Later, another headline read: "Walker Was Sentenced: 25 Years To Life In Prison."

Behind bars, Walker says, he tried to resign himself to his fate. He says, "I had to prepare myself for the fact that you're going into a war zone…. right?"

Walker's parents were as helpless as they were outraged.

His mom Myrtle Walker says, "Anyone who took the time to read the legal work knew there was not a shred of evidence that tied him to the case other than he knew the girl. He wasn't there. There was nothing found there. He had an alibi; he was someplace else."

In desperation, she turned to a friend whose daughter was in law school. Alison Tucher met with Rick Walker.

Tucher says, "I believed he was innocent."

Tucher began investigating, but since she was still just a student, there was little she could do. Appeals filed by Rick Walker's attorneys failed. In the meantime, Tucher graduated from law school and went on to clerk with Supreme Court Justice David Souter, but she never forgot Rick Walker.

Tucher says, "There were people who thought it was hopeless."

Although Tucher had never defended a criminal case, she decided the only way to set him free would be to solve the murder.

She says, "I reinvestigated and found five witnesses who knew what happened the night Lisa was killed."

Why weren't any of these witnesses found earlier?

Tucher says, "The defense attorney was a potted plant." A potted plant? She explains, "He did no investigation of the case at all."

Tucher took the new evidence to the prosecutors.

Karyn Sinunu, Santa Clara County deputy district attorney, says, "We were coming to conclude that Mr. Walker was innocent." And if it were not for Tucher, Sinunu says, Walker would be incarcerated today.

After 12 years in California's toughest prisons, from San Quentin to Pelican Bay, Rick Walker was at last exonerated. He knows the law student he once met made it happen.

Walker says, "She always had it in her heart to want to do something about this."

Walker spent his years in prison drawing and painting. Now, back home he's adjusting to a world that has dramatically changed.

Myrtle Walker says, "He lost his father while he was behind bars and both of his grandmothers!"

Perhaps the one who feels most cheated is Rick Walker's son, William, who was only 12 years old when his dad was sent to prison.

Rick Walker says, "He was a boy when I left and now he's a man."

William says, "My father was taken away from me in the most important part of a child's life."

Is Alison Tucher a hero?

Myrtle Walker says, "It would be easy for her to say, 'Sorry, I'm moving on with my life,' you know, but she didn't do that."

Tucher continued to believe. Myrtle Walker adds, "She had babies, babies, at the time she was working on this and she didn't give up!"

Rick Walker says if it were not for Alison, he would never have gotten out. His mom adds, "She was our last hope."

Rick Wilson notes, "I'm a firm believer in God, and I know that God puts people in your path."

Luckily Tucher was put in his path.