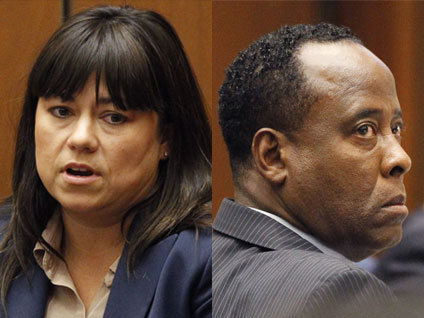 (CBS/AP) LOS ANGELES - The defense attorney for the doctor charged in Michael Jackson's death is calling into question a coroner investigator's notes and recollections of items found in the singer's bedroom after he died.

Elissa Fleak denied defense attorney Ed Chernoff's contention Thursday that she had made a number of mistakes in preparing reports on the death.

Chernoff noted during cross-examination that Fleak didn't note that she had found a bottle of propofol inside an IV bag until March 2011, nearly two years after the singer's death.

The lawyer also questioned whether she had heard that detail from testimony by bodyguard Alberto Alvarez, who told jurors he saw the bottle inside the bag before following the instructions of Dr. Conrad Murray to put it inside a bag.

Fleak also testified that she accidentally touched a syringe in Jackson's bedroom, leaving a thumbprint.