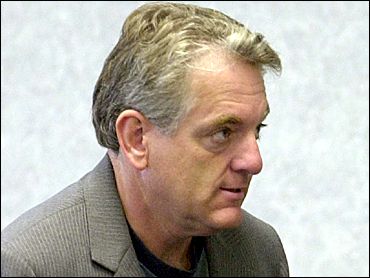 Federal investigators are destroying the life of a New York doctor by wrongly linking him to fatal 2001 anthrax mailings, his lawyer said Monday.

Agents descended on the Wellsville, N.Y., home of Dr. Kenneth Berry on Aug. 5, as well as his parents' New Jersey shore summer home, for searches described by an FBI spokesman as part of the anthrax investigation. Berry has not been charged.

That same day, the doctor, who founded an organization in 1997 that trains medical professionals to respond to chemical and biological attacks, was arrested after a domestic dispute at a Point Pleasant Beach, N.J., motel.

"I believe the family cracked under the pressure," Berry's lawyer, Clifford Lazzaro, said outside court after a hearing was postponed in that case.

Berry subsequently lost his job as an emergency room doctor at the University of Pittsburgh Medical Center.

"He has already lost his job. Must he lose his marriage, too?" Lazzaro asked. "When he is cleared, it will only make this tragedy that much worse that he not only lost his job but also lost his family for a crime he did not commit."

More than three dozen agents, some in protective suits, combed through two Wellsville homes listed in property records as Berry's past and present addresses.

About 250 miles to the southeast, on the Jersey Shore, officers searching the summer home of Berry's parents brought out garbage bags that appeared to be filled with bulky contents, said Jonathan DeGraw, 26, who rents the house next door. They also removed boxes containing clear plastic bags.

Five people died and 17 were sickened in the fall of 2001 in the anthrax mailings that targeted government and media officials. The attacks unsettled a nation already reeling from the Sept. 11 terror attacks.

Attorney General John Ashcroft had labeled Dr. Steven Hatfill, a former government scientist and bioweapons expert, as a "person of interest" in the case.

Hatfill, who once worked at the Army Medical Research Institute of Infectious Diseases at Fort Detrick, Md., has denied any wrongdoing and sued Ashcroft and other officials, saying his reputation was ruined. The lawsuit is pending.

Berry's father, William C. Berry, told The Star-Ledger of Newark that the FBI was unfairly targeting his son.

"Hey, here's a guy being shafted by the FBI," William Berry said at his home in Newtown, Conn. "It's just buying time because they have nothing on anthrax. You are looking at a setup."

Kenneth Berry was arrested Thursday by police responding to a domestic dispute call at the White Sands Motel in the vacation community of Point Pleasant Beach, about 10 miles northeast of Dover Township. Berry's relationship to the four was not immediately known.

Berry, who founded an organization in 1997 that trains medical professionals to respond to chemical and biological attacks, applied for his patent on Sept. 28, 2001, according to the Patent and Trademark Office Web site. The first anthrax letters were postmarked Sept. 18, 2001, in Trenton.

The patent was awarded to Berry in March.

"In an era where chemical, biological or nuclear attacks at one or more locations either globally or within a country are possible, it is desirable to have a surveillance system capable of locating and identifying the type of attack so that a rapid response can be initiated," the description of the invention's background read.

Berry's system uses a computer to combine weather data with information on how various concentrations of biological or chemical agents would affect a specific location, according to the patent office filing.

"We ought to be planning to make anthrax vaccine widely available to the population starting in the major cities," he said. The remarks were made soon after the Pentagon announced it would begin inoculating all 2.4 million military personnel against anthrax.

Berry pleaded guilty in 1999 to disorderly conduct to settle charges of forgery. State police said Berry's signature was on a fake will of the late Dr. Andrew Colletta, according to The Wellsville Daily Reporter. While initially charged with two counts of second-degree forgery, the plea to a lesser violation allowed him to keep his medical license.

"From what I know, he's a fine, conscientious physician who always had the interest of his patients at heart," said Joseph Pelych, the lawyer who represented Berry in that case. "I find it hard to believe he would be involved" in anthrax.

Anthrax is caused by bacteria that can be passed from livestock to humans. The disease can affect the skin, the lungs or the digestive system. When treated appropriately, less than one percent of people with the cutaneous, or skin form, of anthrax die. But more than half of those who contract inhalation or gastrointestinal anthrax perish.