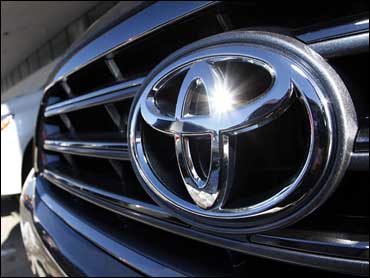 Automaker Toyota has been charged in a class action suit with illegally hiding evidence from plaintiffs in cases stemming from highway deaths and injuries across the U.S.

The suit filed in U.S. District Court in Los Angeles echoes the explosive claims of former Toyota attorney Dimitrios P. Biller, who in a separate racketeering case accused his former employer of concealing and destroying evidence that should have been provided to plaintiffs.

As first reported Saturday by CBSNews.com, , such as e-mails, as part of a "ruthless conspiracy'' to withhold relevant evidence in vehicle rollover cases.

Toyota spokesperson Zoe Zeigler declined comment on the class action complaint, saying company lawyers have not yet had a chance to review it.

The suit seeks to represent all plaintiffs who lost or settled cases in which Toyota allegedly concealed evidence. It was filed late Friday by lawyers for Bella Basco and Crystal Ennis, both of whom suffered catastrophic injuries in rollover wrecks when vehicle roofs collapsed.

Basco, 36, of Saskatchewan, Canada, sued Toyota in 2005 after a crash of a Toyota Corolla left her a quadriplegic. In August, 2007, a jury in Los Angeles absolved Toyota on a 9-3 vote, finding that the design of the roof structure was not a substantial factor in her injuries.

Ennis, 24, of San Bernardino County in California, sued Toyota in 2003 after becoming quadriplegic in a rollover of a Toyota Camry. Her case was settled on confidential terms in September, 2007.

Triggered by Biller's sensational allegations, the class action is the first salvo in what will likely be a wider campaign to reopen cases previously won or settled by Toyota. Richard McCune of McCuneWright, LLP, in Redlands, CA., which represented Basco and Ennis and filed the class action, acknowledged that he had no independent confirmation of Biller's charges.

But in the Basco and Ennis cases, there was key information "that a company like Toyota should have had, and which they claimed they did not have, such as fundamental test reports,'' he said. If Biller is correct, significant evidence was withheld, and everyone else who had cases in the same time period "was in the same boat that we are," McCune said.

Biller, a managing counsel for Toyota Motor Sales, USA, Inc., in Torrance, Calif., from 2003 to 2007, claimed in his lawsuit that he repeatedly complained to supervisors that the company was illegally withholding evidence. He said the conflicts caused him to suffer a mental breakdown and leave the company in September, 2007, with a $3.7 million severance agreement.

Biller, 46, said that when he learned of the company's failure to produce test data from an engineering subsidiary, he attempted to collect and preserve the information. Nonetheless, the engineering unit "was allowed to destroy relevant information and documents that should have been produced in, approximately, over 300 rollover accidents involving roof crush issues.'' The suit also claims that Toyota regularly withheld records on its internal standard for roof strength, and allowed witnesses to testify that the standard didn't exist.

In a statement issued Friday on the Biller case, Toyota called his accusations "inaccurate and misleading.'' Company lawyers have not filed an answer to his lawsuit, but have brought a motion to seal the complaint, claiming it is "rife with privileged and confidential information'' that Biller, as a former Toyota lawyer, has no right to divulge.

Like the Biller complaint, the class action names Toyota Motor Corp. of Japan, Toyota Motor Sales, and five current or former executives and lawyers with Motor Sales. It seeks certification of two separate classes -- one of Californians and the other of plaintiffs from other states who lost or settled cases with Toyota.