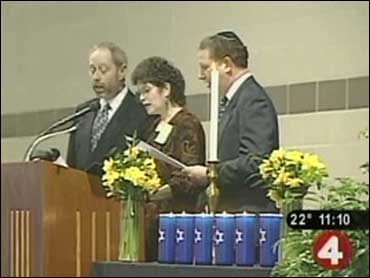 Relatives of a passenger killed when a commuter plane crashed outside Buffalo have sued Continental Airlines and the flight's operators, claiming the aircraft had inadequate deicing equipment and an improperly trained crew.

The lawsuit, filed Thursday in federal court in Buffalo, appears to be the first litigation spawned by the Feb. 12 crash in Clarence. Continental Connection Flight 3407 plunged from the sky in icy weather and landed on a house, killing one occupant of the home and 49 people aboard the plane.

Investigators have not determined a cause, but ice has been mentioned as a possibility, as well as the crew's actions.

The family of crash victim Susan Wehle, of Amherst, N.Y., alleges negligence and is seeking unspecified damages. The suit names Continental Airlines, based in Houston; Pinnacle Airlines of Memphis, Tenn., and a subsidiary operating the flight, Colgan Air of Manassas, Va.; and Bombardier Aerospace, based in Montreal, which made the Dash 8 Q400 aircraft.

Pinnacle and Continental declined to comment on the lawsuit. Bombardier did not immediately respond to a request for comment Friday.

Colgan Air previously defended its training programs and the pilot after investigators said they would look into whether the crew overreacted to a sensor indicating the plane was slowing down dangerously.

"In aviation crashes, we rarely see a single event that leads to the tragedy," lawyer Ronald L. M. Goldman told the Buffalo News in a telephone interview after he filed the suit. "And this is no different."

But he said the information released so far by the National Transportation Safety Board indicates that icing began the series of circumstances that caused the plane to spin out of control, the newspaper reported.

"The tale here starts with the fact they should have never been flying a turboprop airplane into these icing conditions, equipped with these antiquated de-icing boots," he told the newspaper. "This is 1920s, 1930s technology, which has not been brought up to date in any revolutionary way."