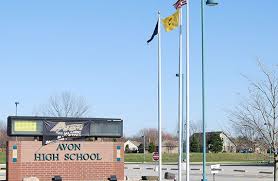 AVON, Conn. - Allegations that some high school teachers in Avon, Conn. recruited students into a cult are part of a civil lawsuit filed by parents in U.S. Federal Court in New Haven, reports CBS Connecticut.

The parents claim their three daughters were persuaded to join a religious cult by three Spanish teachers and a guidance counselor at Avon High School.

The complaint filed this week also claims the girls were subject to predatory religious indoctrination and the parents only became aware of what was happening when the youngest girl "broke free," according to the station.

The religion, according to the plaintiffs, promoted "martyrdom and celebrates death," causing the two elder sisters to experience suicidal fantasies, becoming alienated from their parents and remaining that way, reports the station.

The Avon teachers, the school system and Wellesley College in Massachusetts are all named in the suit. The two older girls went to Wellesley and the suit claims the school didn't do enough to protect the girls from the teachers, who, the parents contend, continued to have contact with the girls after high school.

Avon schools issued a statement saying they're reviewing the complaint and that they've never received allegations of this nature in the past.

The suit is seeking damages and changes in the school system. No criminal charges have been filed.