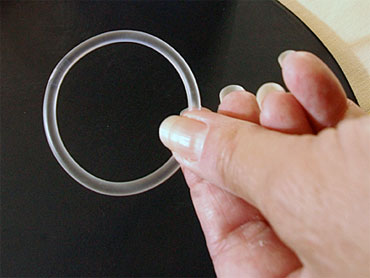 The estate of an Omaha woman who died while using the NuvaRing contraceptive is suing its makers, claiming the device caused a deadly blood clot.

The lawsuit seeks damages from various pharmaceutical companies that currently or at one time manufactured and sold the contraceptive, including Merck & Co., which last year acquired former maker Schering-Plough. Also named are Dutch biopharmaceutical Organon BioSciences NV, its U.S. divisions and its parent company Akzo Nobel NV, all bought by Schering-Plough in 2007.

The lawsuit, believed to be the first filed out of Nebraska targeting NuvaRing, does not list the amount in damages being sought, but asks for actual damages related to such things as funeral costs and lost wages, as well as wrongful death and punitive damages.

Attorney Mark Weber of Omaha, who filed the Nebraska suit, said he expects it to be consolidated with others from around the country in federal court in St. Louis.

Ronald Rogers, spokesman with Merck, said he had not seen the Nebraska case and could not comment specifically on it, but noted "we are vigorously defending the company in the NuvaRing litigation."

Tompkins, a mother of two, was found dead in her home by a family friend on Feb. 23, 2009, and an autopsy showed that a blood clot in one of her lungs caused the death, Weber said.

The lawsuit accuses the makers of NuvaRing of, among other things, over-promoting the contraceptive while providing too little warning of the risks of blood clots to users.

NuvaRing, which was launched in the summer of 2002, is a hormonal contraceptive inside a flexible ring that is inserted in the vagina and left in place for three weeks out of every month. It slowly releases two hormones into the vaginal wall: ethinyl estradiol, a type of estrogen widely used in contraceptives, and a progestin called etonogestrel.