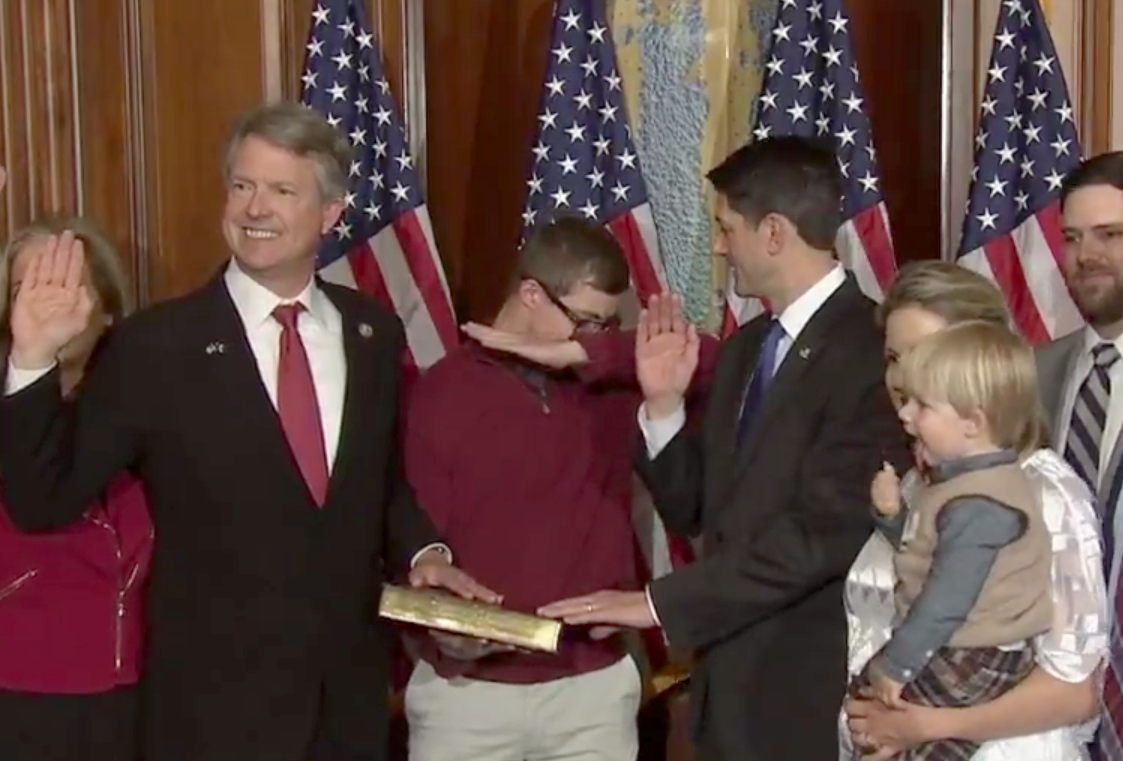 House Speaker Paul Ryan does not understand the “dab.”

During lawmaker swearing-in ceremonies on Monday, Ryan was confused when a congressman’s son attempted the popular pose during a photograph.

As Kansas Rep. Roger Marshall placed his hand on the Bible, his son put his arm up to dab. Ryan, seeming perplexed, turns and looks at the young man.

“I’m alright,” the teen responds to the House Speaker, while still dabbing.

“Do you want...can you put your hand down?” Ryan asks after a moment.

The teen quickly puts his arm down and offers a rapid apology, “Okay, okay. I’m sorry.”

“Were you going to sneeze? Is that it?” Ryan questions.

“Yeah,” the teen replies, while looking towards the camera smiling.

Video of the exchange on C-SPAN quickly went viral.

And some Twitter users were feeling second-hand embarrassment for all involved.

Some, though, were impressed by the young man’s boldness.

Others, not so much.

Marshall later tweeted at Ryan to say his son was grounded.

After a day of swearing-in ceremonies, Ryan still wasn’t too sure about dabbing.