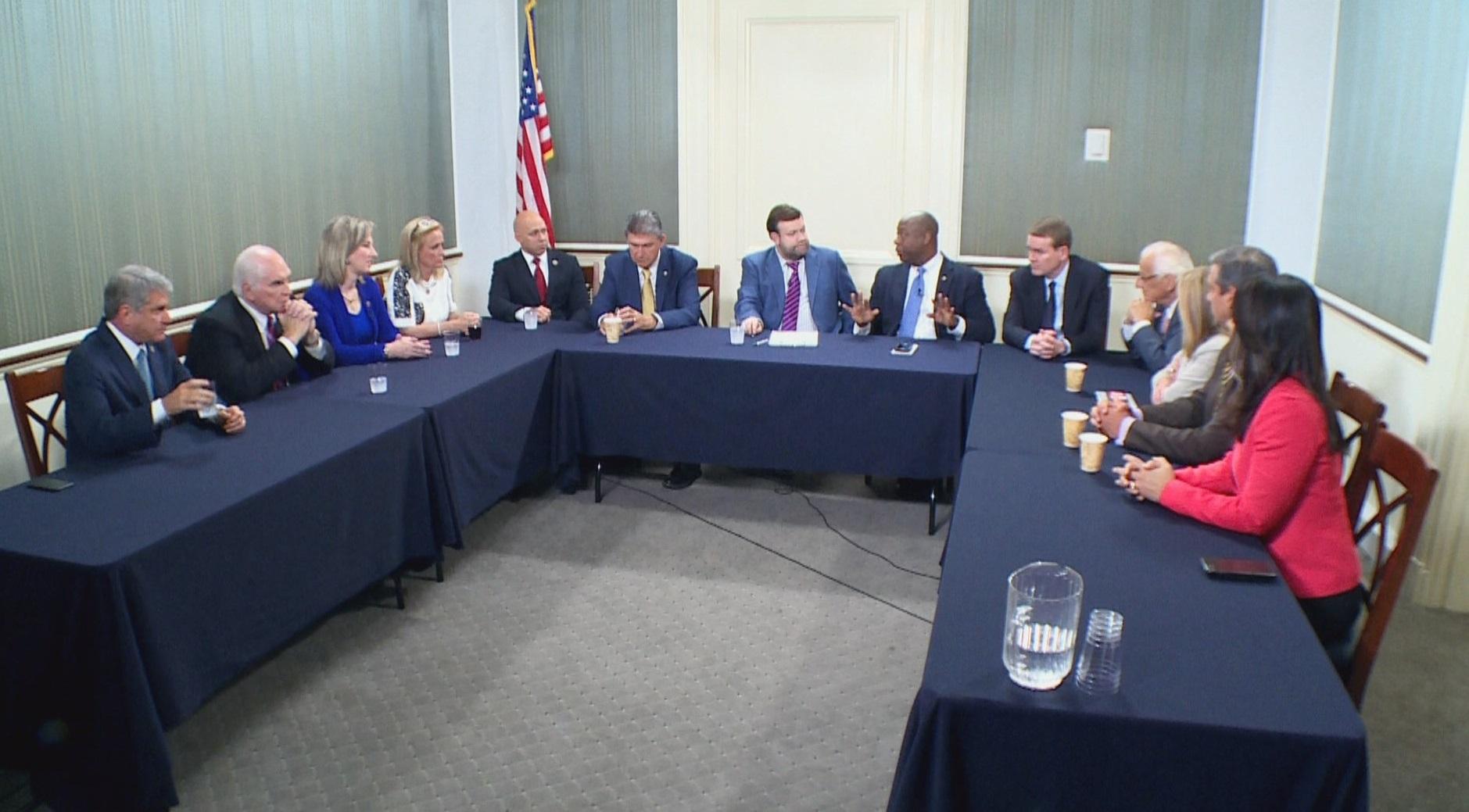 Senate Republicans are trying to bridge differences over the latest version of their health care bill. Health care is one of the issues CBS News contributor Frank Luntz discussed with a bipartisan group of Congress members that included three senators and nine representatives. Six were Democrats and six were Republicans.

"The Republicans demonized Obamacare. And the Democrats are demonizing the Republican legislation. Is that the way we should be discussing what may be the most important issue you will deal with this year?" Luntz asked.

"Some of us probably have philosophical differences. I believe that if you live in America, you've got a right to affordable quality health care. And I think probably everybody agrees on that value. And the difference is how do you get us there," Rep. Debbie Dingell, D-Mich., said.

Rep. Tulsi Gabbard, D-Hawaii, said Republicans haven't made an effort to work with Democrats on the bill.

"I can speak recently there was no outreach to Democrats in the House to work together. So it wasn't a matter of saying, 'Here is what we're doing. And you're either on you're on board or not.' … There was not a significant, meaningful effort made from the beginning, saying, 'Hey, let's put our heads together and try to work this out,'" Gabbard said.

"The challenge that we hear on these issues, these jugular issues, is a Republican alternative or a Democrat solution. The American people aren't concerned about labels. They want to know about their health care," Sen. Tim Scott, R-S.C., said. "People want to know, 'What are my copays? How will I take my child to the doctor? What does it look like if I can't afford it?' If we're not answering those basic questions and if we cannot find a point to rally around, it's our fault."

Luntz also brought up the multiple investigations into Russia meddling in the U.S. election.

"I think we all have bipartisan support and respect for Bob Mueller," Sen. Joe Manchin, D-W.Va., said of the former FBI director and special counsel leading the FBI investigation into the Trump campaign and Russia.

"I worked for Mueller and the Justice Department. He has the utmost integrity. It's in his hands. He will do a thorough investigation. I have every confidence in that investigation," McCaul said, adding, "But I will tell you that I think most of us in this room agree that there should be a consequence to Crimea being annexed, Ukraine being invaded, the Russians interfering in our democracy… And we will have, Frank, a Russian sanctions bill, a sanctions bill against Russia on the floor of the House, I hope, in the very, very near future."

There was bipartisan agreement with what McCaul said.

According to Rep. Mike Kelly, R-Pa., the Russia probe has "become too much of an issue as to what our real job is."

"If we're not looking at some level to make this economy dynamic and robust again and getting people back to work, if we're more concentrating on the Russians interfering with our elections as opposed to Russians interfering with our economy right now, and thus turning away from our real job of getting people back to work, seeing wages rise again, seeing families be able to be together," Kelly said.

Kelly disagreed, pointing to the need to multitask.

Lastly, Luntz asked the group whether there will be tax reform, and whether it will be bipartisan.

"Right now, I don't see it happening," Rep. Bill Pascrell, D-N.J., said. "A lot of big issues out there we need to address. We need to respond to business – to some of the business taxes, corporate taxes."

"You've set a litmus test already. And it hasn't even begun to be. But isn't that the problem?" Luntz asked.

"Well, you're talking about values, okay? So in principles – philosophical principles that we have. So I think a lot of us would agree tax code needs to be simplified," Tim Ryan, D-Ohio, said. There was bipartisan agreement on simplifying the tax code.

"I think the point is about having respect. And here, in this body in Congress, yes, it stems from having relationships. It stems from having an authentic respect for our colleagues, whether we agree on disagree on one issue or almost all issues," Gabbard said, adding, "Because that's what people want from Washington."