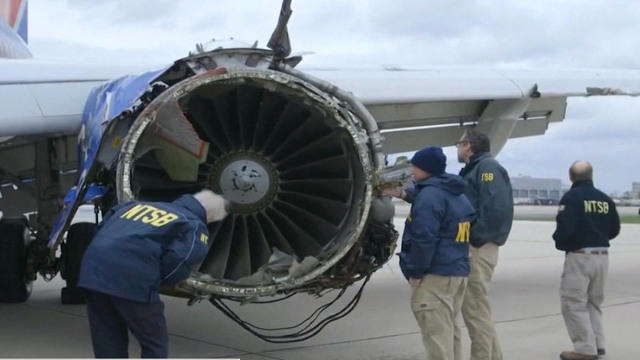 Senators Ed Markey, D-Massachusetts and Richard Blumenthal, D-Connecticut, are urging the FAA to investigate after a CBS News report found that mechanics are being pressured to ignore potential safety issues and "short-cut the critical work they perform."

Markey and Blumenthal sent a letter to Acting FAA Administrator Daniel Elwell citing the CBS News report and urging the FAA to provide answers to a variety of questions. The lawmakers want to know just how many complaints the FAA has received about airlines pressuring maintenance workers and whether or not the FAA has investigated the reports uncovered by the eight-month-long CBS News investigation.

"A critical component to any effective maintenance plan is an adherence to maintenance protocols and a safety-centric environment that encourages mechanics to both identify and report safety concerns. When safety standards are violated, the FAA has the obligation to investigate allegations and require corrective action," the lawmakers wrote.

The letter comes a week after a CBS News investigation raised questions about FAA oversight and the pressure being placed on airline mechanics to put aircraft back in service faster.  Every one of the 26 airline mechanics CBS News spoke to – two thirds from American and the rest from Southwest Airlines – described being pressured by managers to focus only on the work assigned.

Their claims are backed up by findings in several FAA whistleblower complaints about inappropriate pressure and retaliation since 2015 at the two airlines – and at least 32 other anonymous industry-wide reports between 2015 to 2018.

Both American and Southwest told CBS News safety is their top priority.