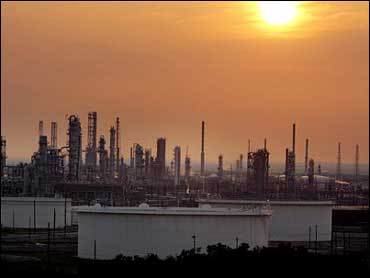 A gulf coast delegation of about a dozen Republicans - along with one Democrat - today asked President Obama to repeal his six-month moratorium on off-shore drilling.

"I beg the president to reconsider," said Rep. Charles Meloncon (D-LA), whose district in southern Louisiana has been one of the hardest hit by the oil spill in the Gulf of Mexico.

Meloncon and members from Texas, Louisiana, and Mississippi argued that despite ongoing safety and environmental concerns, the ban on drilling only serves to cause more harm in an already-devastated region.

Many said they believe the moratorium is a political overreaction.

The airline metaphor was popular, used by at least two representatives. Others called the gulf a "sick patient," and the drilling moratorium a death sentence.

But despite a variation in metaphors, everyone present agreed on one thing - the gulf coast region cannot afford to lose a major industry.

Although Flemming's district does not have any direct coastline, he said the economic damages caused by the oil are gradually spreading throughout his entire state.

Others said they feared a similar situation if the ban were to remain in place.

"The domino effect would be devastating not only to the coastal states, but eventually to the entire country," said Michael Burgess (R-TX). "You must not allow this to happen. Drilling in the gulf must continue."

There are approximately 3,500-4,000 shallow and deep water rigs in the Gulf of Mexico. They account for 97 percent of the intercontinental shelf drilling in the United States, according to the Department of the Interior.

"Seventeen percent of the jobs in Louisiana are directly tied to the oil and gas industry, and oil is as a 65 billion dollar annual impact in Louisiana," Meloncon said.

Rep. Steve Scalise (R-LA) echoed his Democratic colleague, saying that many people in his district saw the ban on drilling as a bigger blow to the long-term economy of Louisiana than the oil spill itself.

On the eve of President Obama's Oval Office speech, in which he is expected to address the situation in the gulf as well as future plans for energy independence, some members of the delegation implored the president to include lifting the drilling moratorium in his comments.

"I know it's at the last minute, but for the good of the country, for the good of the state of Louisiana, Mississippi, Alabama and Texas, let's try to work through this problem without shutting down an entire industry that's so important," Meloncon said.