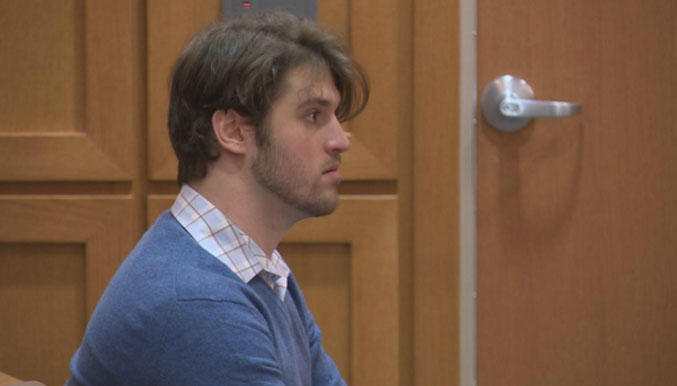 MADISON, Wis.— A state senator is taking a judge to task for sentencing a former University of Wisconsin-Madison student accused of sexual assault to three years in prison. Twenty-two-year-old Alec Cook of Edina, Minnesota, pleaded guilty to sexually assaulting three female students as well as choking or stalking two others. He was initially charged with more than 20 crimes against nearly a dozen women.

Cook faced up to 40 years in prison; prosecutors wanted 19 years. Dane County Circuit Judge Stephen Ehlke gave him three years on Thursday. He was also sentenced to eight years of extended supervision and to ordered to register as a sex offender for 15 years.

Sen. Lena Taylor, a Milwaukee Democrat, said in a statement Friday that Ehlke for some reason thought Cook was special.

"Three years is equal to a roughly seven month sentence for each of his victims," Sen. Taylor said in her statement. "What message are we sending these victims with this degree of leniency?"

Sen. Taylor then brought up the 2015 case of a black teen sentenced to far more time by the same judge. Cook is white.

"Judge Ehlke let a serial rapist off the hook," read the statement. "The question we have to ask is: why? Cook, who kept over twenty journals of detailed information on his would-be victims, got three years, but the same judge sentenced Adore Thomas to twenty years in prison for the sexual assault of one woman. The disparity in sentencing in these cases is deeply troubling."

The Milwaukee Journal-Sentinel reported that Judge Ehlke briefly choked up during Cook's sentencing as he addressed one of the victims.

A call to Judge Ehlke's office for comment on Taylor's remarks was not immediately returned.