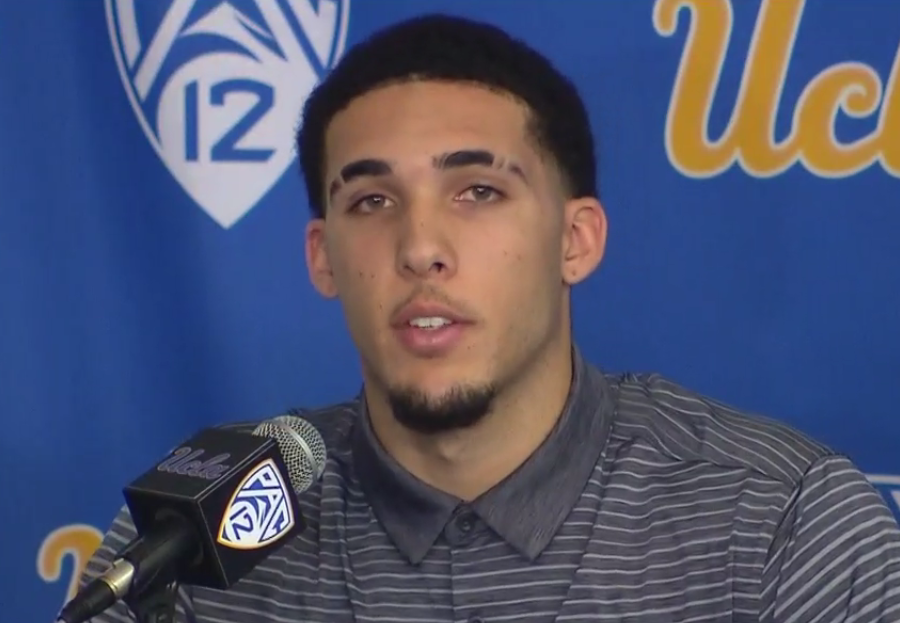 LiAngelo Ball's UCLA career would appear to be over. It's over, seemingly, because his father said so.

TMZ first reported Monday afternoon that Bruins freshman LiAngelo Ball is no longer with the program or even a student at the university because his father, LaVar, removed him. A short time later, LaVar Ball told ESPN, "We are exploring other options with Gelo. He's out of there."

"We learned today of LiAngelo Ball's intention to withdraw from UCLA. We respect the decision he and his family have made, and we wish him all the best in the future," Alford said.

LiAngelo Ball's jettison of UCLA comes while he was serving an indefinite suspension, along with UCLA freshmen Cody Riley and Jalen Hill, after the three were arrested and charged with shoplifting while on the team's overseas trip to China last month. LiAngelo Ball was a three-star prospect, ranked 226th in his class, coming out of Chino Hills High.

Monday's decision by LaVar Ball is the second of its kind for the family in the past two months. In early October, five-star prospect LaMelo Ball, the youngest of the basketball-playing brothers, was pulled from Chino Hills High to be home-schooled instead.

On Nov. 15, Steve Alford announced the Bruins trio would remain indefinitely suspended and would have to earn their way back onto the team. LiAngelo Ball made brief remarks of remorse at the press conference that day.

"I didn't exercise my best judgment and I was wrong for that," Ball said during his only public comments since being charged the crime. "Apologies to my family, coaches, teammates and UCLA for letting so many people down. … I made a stupid decision. I'm grateful to be back home and I'lll never make a mistake like this again. I take full responsibility for my actions."

By pulling LiAngelo, LaVar Ball only enhances the skepticism that LaMelo Ball will never wind up playing for UCLA. That speculation has bubbled up in basketball circles as of late, catalyzed by the fact that LaMelo already has his own shoe and it's not yet known of the business of the family's Big Baller Brand would infringe on LaMelo's NCAA eligibility. He is still scheduled to enroll as a freshman at UCLA in 2019, but Monday's move by LaVar could ultimately wind up putting LaMelo on the same path as LiAngelo and not older brother Lonzo Ball, who flourished in his one-and-done season in Westwood.

This article was originally published on CBSSports.com with the headline "LaVar Ball yanks suspended son LiAngelo Ball out of UCLA, is 'exploring other options'"