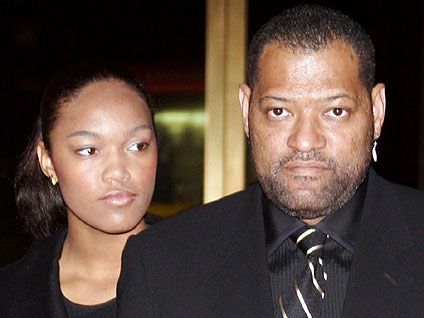 That's what gossip sites are alleging as "The Matrix" actor's 19-year-old daughter reportedly filmed a part in an explicit Triple-X release for Vivid Entertainment in a bid to break into Hollywood.

According to TMZ, Montana Fishburne was reportedly inspired by celebrity sex tape star-turned-reality TV star Kim Kardashian. "I've watched how successful Kim Kardashian became and I think a lot of it was due to the release of her sextape. "

In an unverified Twitter account which appears to be that of the teenage aspiring star, a tweet suggested that Fishburne was vying for an adult entertainment career. The user wrote: "playboy rejection letter =[ ... ordered new furniture 2 make me feel better..cant wait till it arrives!!"

The website also reports that Fishburne's adult film is set to be released in August.