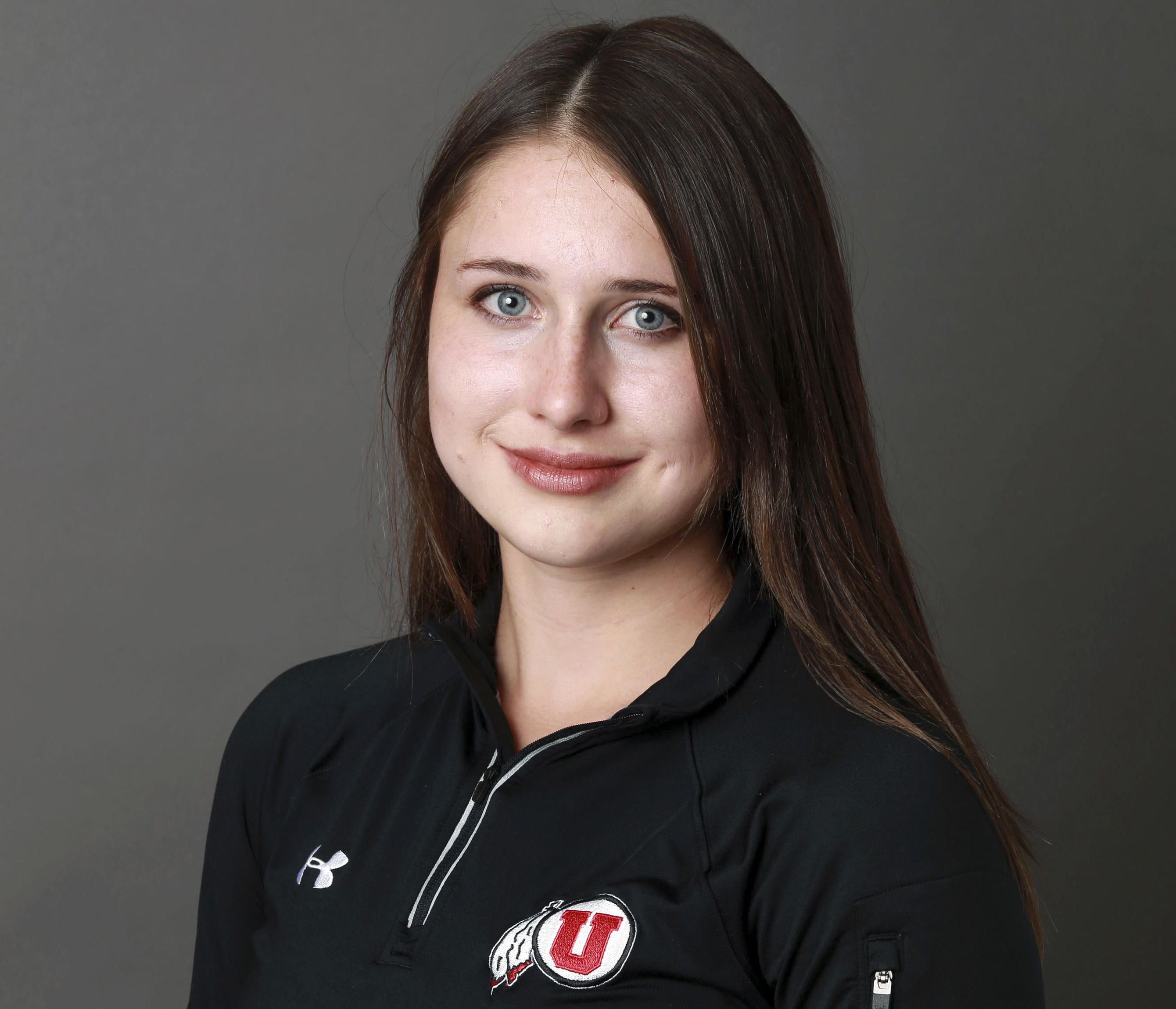 SALT LAKE CITY -- A sex offender parolee who killed a University of Utah student whom he briefly dated allegedly threatened to post compromising pictures of the couple online. Melvin Rowland, 37, demanded that Lauren McCluskey send him money to stop him from doing so, authorities said Thursday.

Rowland, 37, had been lurking on campus for days trying to confront the woman who had broken up with him weeks earlier when she discovered his criminal background, university police chief Dale Brophy said. Rowland spent the hours before the fatal shooting Monday in McCluskey's dorm building socializing with her friends, university police chief Dale Brophy said.

He later confronted the 21-year-old McCluskey in the parking lot, dragged her into a car and shot her multiple times in the back seat, Brophy said at a news conference.

Rowland killed himself hours later in a church as police closed in.

The killing of McCluskey, a track athlete at the school, came weeks after she broke off her month-long relationship with Rowland and filed a complaint with campus police alleging he had demanded money in exchange for not posting compromising pictures of the couple online. She had sent $1,000 to an account in hopes of preserving her reputation, Brophy said.

Police were investigating the case as sexual extortion and knew Rowland was a sex offender but not that he was on parole, Brophy said.

McCluskey reported receiving numerous emails and messages using different names trying to lure her to locations. Investigators now believe they all came from Rowland, who Brophy called a master manipulator.

After shooting McCluskey, Rowland was picked up on campus by a woman he met online. They went to dinner, visited the state Capitol and went to her apartment where Rowland took a shower.

Later that night, after the woman dropped Rowland at a coffee shop, police tracked him to the church where he killed himself.

The woman had called police when she saw photos of the man being sought for the campus shooting.

Rowland got the gun by telling an acquaintance that his girlfriend wanted to learn to shoot.

Brophy said it appears the woman who picked up Rowland on campus and the person who loaned him the gun had been duped and are not expected to face charges.

"Rowland was a manipulator. If his lips were moving, he was lying," Brophy said. "I don't think he told the truth to anybody based on our investigation."

Kaitlin Felsted, a spokeswoman for the Utah Department of Corrections, said police didn't make parole officers aware of the complaint filed by McCluskey.

Brophy said police didn't start the formal extortion investigation until six days after her Oct. 13 report due to workload issues.

In the early stages of the investigation, they didn't have enough information to pass on to any other law enforcement, Brophy said, adding that there were no indications from McCluskey that Rowland was threatening physical violence.

University of Utah president Ruth Watkins said outside investigations are being launched to assess campus security and police protocols to determine if improvements can be made to prevent future shootings.

Watkins said so far she has found no mistakes in how police handled the case. Brophy said he welcomes the reviews.

He noted, however, "You never know when these things are going to occur."

Rowland was paroled in April when he told the parole board that he was a changed man after being a peer leader in prison had helped him tap into his empathy and learn to follow the rules.

He spent nearly a decade in prison after pleading guilty in 2004 to trying to lure an underage girl online and attempted sex abuse charges, according to court records.

After he was charged, a woman came forward to report he had sexually assaulted her after a separate online meeting a few days earlier.

Rowland, a native of New York, was twice sent back to prison for parole violations that included possessing pornography and failure to complete therapy.

He blamed his "thinking errors" for the actions that kept sending him back in prison, according to recordings of parole hearings from 2010 to 2018 released this week by the Utah Board of Parole and Pardons.

Rowland said at a hearing in 2012 that he was a womanizer who manipulated women to get what he wanted.

Brophy offered the same assessment.  He said McCluskey met Rowland at a bar where he was working security and started dating him. He visited her often in her dorm and made friends with other students in the building.

"He was very, very good at getting people to trust him," Brophy said. "Lauren was no different."

Watkins said she gave McCluskey's parents a posthumous degree for their daughter, a senior from Pullman, Washington, who was majoring in communication.

Utah Jazz star Donovan Mitchell paid tribute to McCluskey by writing her name on his sneakers before Wednesday's game against the Houston Rockets.

"It was a scary feeling to be close to that. It's just so sad," Mitchell told NBA TV after the game. "I have a little sister. My mom raised me. Women have to be protected more. She was being harassed for two straight weeks. That's so tough. She was defenseless. She couldn't do anything about it. For a man to do that, that's terrible. For me, I just wanted to be able to dedicate this game to her and her family."