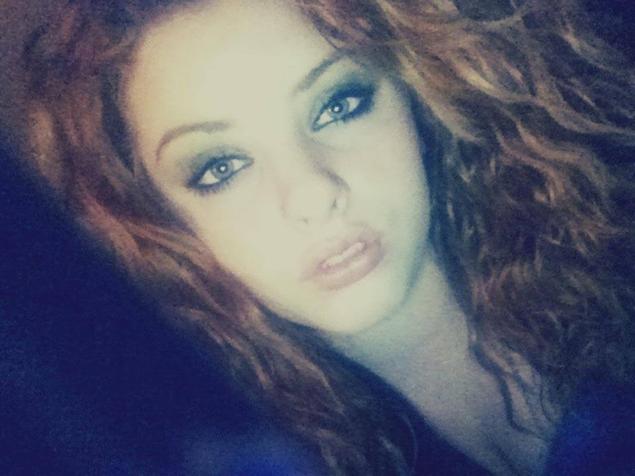 (CBS) HAUPPAGUE, N.Y. - An 18-year-old man has pleaded not guilty in the death of a teenage woman who was found strangled on a Long Island footbridge Thursday.Maxwell Sherman was arraigned Sunday on a second-degree murder charge in the death of Lauren Daverin, also 18.

Carolyn Gusoff of  CBS New York interviewed Sherman at the crime scene on Friday, a day before his arrest. At the time of the interview, he was not a suspect.

Police say Daverin was found beaten and naked Thursday by friends on a footbridge over Merrick Road in Rockville Center.

Daverin's friends told CBS New York they had been hanging out by the footbridge at night and left Daverin with other people, and when they returned they found her body and called police.

Sherman told the reporter that he met Daverin for about five minutes when he walked by and got a cigarette form a friend who was hanging out with the group. When Gusoff asked Sherman about his reaction to Daverin's death, he responded, "Amazed, kind of. It's right in the middle of town; surprised."

Gusoff asked the teen if there was anything going on that would suggest that somebody was getting hurt. He said, "Nah, everybody was just chilling; hanging out."

In the mugshot, Sherman is seen wearing the same shirt he was wearing during the interview with CBS New York. Scratches on his face are also visible in the photo.

Nassau County police would not say whether the Lynbrook woman knew her attacker or whether she was attacked at random.

The suspect, who lives in Long Beach, is being held without bail pending his next court appearance on Aug. 28. If convicted, he faces 25 years in prison.

His attorney's name was not immediately available.

A friend told Newsday that Daverin was married to an Air Force airman stationed in Louisiana.