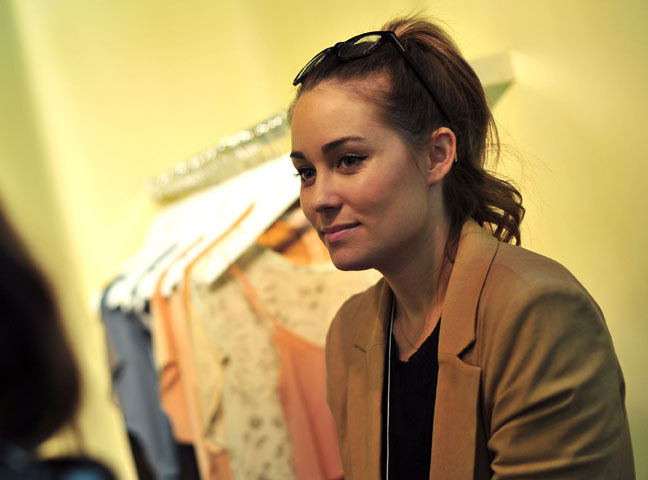 (CBS) She may be the dream girl for millions, but "The Hills" star and best-selling author Lauren Conrad doesn't feel she has that va-va-voom.

"I'm not a sexy person," the 25-year-old said in the May issue of Allure magainze. "I'm OK with it. I've never been the sexy girl. Whenever I've had a boyfriend, he's always been like, 'Oh, you're cute."

Conrad added that she's especially self-conscious about her thighs and carries a large bag to hide them. When the paparazzi comes around to photograph her, she uses her purse as an instant shield. The star's weight gain during the launch of her new fashion project, which only amounted to a few pounds, was widely covered on gossip sites.

Despite the negative press about her appearance, Conrad assures readers that she'll never undergo plastic surgery. She cites her "Hills" co-star Heidi Montag, who has had more than 10 procedures, as a cautionary tale. "I don't think this is a happy story at all, there's just no right answer there," she said of Montag.