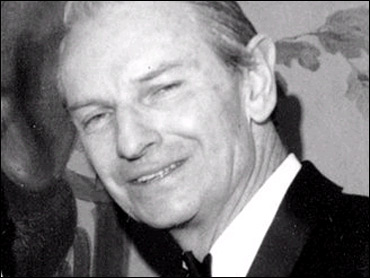 Laurance Rockefeller, a conservationist, philanthropist and leading figure in the field of venture capital, died in his sleep Sunday morning. He was 94.

The cause of death was pulmonary fibrosis, his spokesman Fraser Seitel said in a statement.

Rockefeller was No. 377 on this year's Forbes magazine list of 587 billionaires, with $1.5 billion. But he was perhaps best known for his environmental work: He served under five presidents in several capacities related to conservation and the outdoors.

The family tree was and is as accomplished as it is privileged. Brothers Winthrop and Nelson were governors in Arkansas and New York; the political tradition continues today, with Win Paul Rockefeller the Lieutenant Governor of Arkansas and Jay Rockefeller as U.S. Senator from West Virginia.

"As his younger brother, I always admired Laurance for his extraordinary business skills and often followed his lead by joining him in the field of venture capital, where he was a true pioneer," said financier and former Chase Manhattan bank CEO David Rockefeller, the last remaining child of John D. Rockefeller Jr.

Laurance made his own mark on history.

Laurance Rockefeller founded the American Conservation Association in 1958 and was head of Jackson Hole Preserve Inc., a conservation organization that played a major role in protecting parts of the Grand Tetons in Wyoming and redwood trees in California.

Rockefeller also was a pivotal developer of the economics field that became known as venture capital.

In 1938 he helped finance World War I pilot Eddie Rickenbacker's Eastern Airlines, and he later invested in McDonnell Aircraft Corp., Intel Corp. and Apple Computer Inc. He sought to fund ventures that would strengthen national security, welfare or the economy.

Rockefeller was born May 26, 1910, in New York, graduated from Princeton University in 1932 and studied law at Harvard for two years. In 1934, he married Mary French.

He served in the Navy during World War II and became a lieutenant commander.

Rockefeller served on the board of Memorial Sloan-Kettering Cancer Center and became the first recipient of the American Cancer Society's Alfred P. Sloan Memorial Award for his contributions to cancer research.

Rockefeller is survived by four children, eight grandchildren and 12 great-grandchildren. His wife died in 1997.