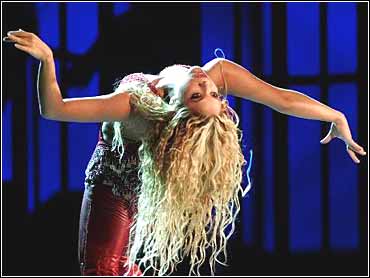 The Latin Grammy Awards will be moved from Miami to Los Angeles because of fears Cuban exile protesters will threaten the safety of performers and the audience, the event's organizers said Monday.

Miami city officials agreed Sunday to let protesters demonstrate in a three-block area near the arena, but organizers wanted protesters to be kept farther away.

"I can't guarantee the security of our people. We have people coming from all over the world," said Michael Greene, president and CEO of the National Academy of Recording Arts & Sciences and the Latin Recording Academy.

"Having to run that gantlet is demeaning at best and dangerous at worst," Greene told CBS.

Miami-Dade County Mayor Alex Penelas offered Monday to create a half-block buffer between the protesters and a security zone established for performers and people arriving for the ceremony at AmericanAirlines Arena, but the offer was not enough.

Greene cited protests in 1999 when the Cuban group Los Van Van performed in Miami. Batteries and eggs were thrown at ticket holders as they arrived for the event, he said.

Now the event will be held Sept. 11 in the Great Western Forum in Los Angeles, he said.

Miami City Commissioner Tomas Regalado said academy officials should have known when they chose Miami for the event that protests would follow.

Academy officials wanted to hold the first Latin Grammys in Miami last year, but city officials rejected the idea. They said Cuban artists would be part of the event and cited a law barring the county from doing business with those who have dealings with Cuba.

The law has since been revoked and Penelas, along with the powerful exile group the Cuban American National Foundation, wooed the academy to hold the second Latin Grammys in Miami this year.

The issue was hotly debated on the streets of Little Havana, where many people agreed the event should not take place in Miami.

The groups would have gathered across from the AmericanAirlines Arena at the Freedom Tower, a former immigration processing center that Cuban Americans call their Statue of Liberty.

Greene said academy officials considered moving the event north to Broward County and were told by local law enforcement that they could not guarantee people's safety.

"We're saddened by this. It was not necessary," said Howard Simn, executive director of the American Civil Liberties Union of Florida, which represented the exiles in negotiating protest permits.

"We're all saddened by the economic loss to South Florida, but the price that the Latin Grammys was trying to extract — riding roughshod over the First Amendment rights of the people of Miami — was just too high a price to pay," Simon said.

Penelas said the event would have brought $30 million to $35 million in revenue to the area.