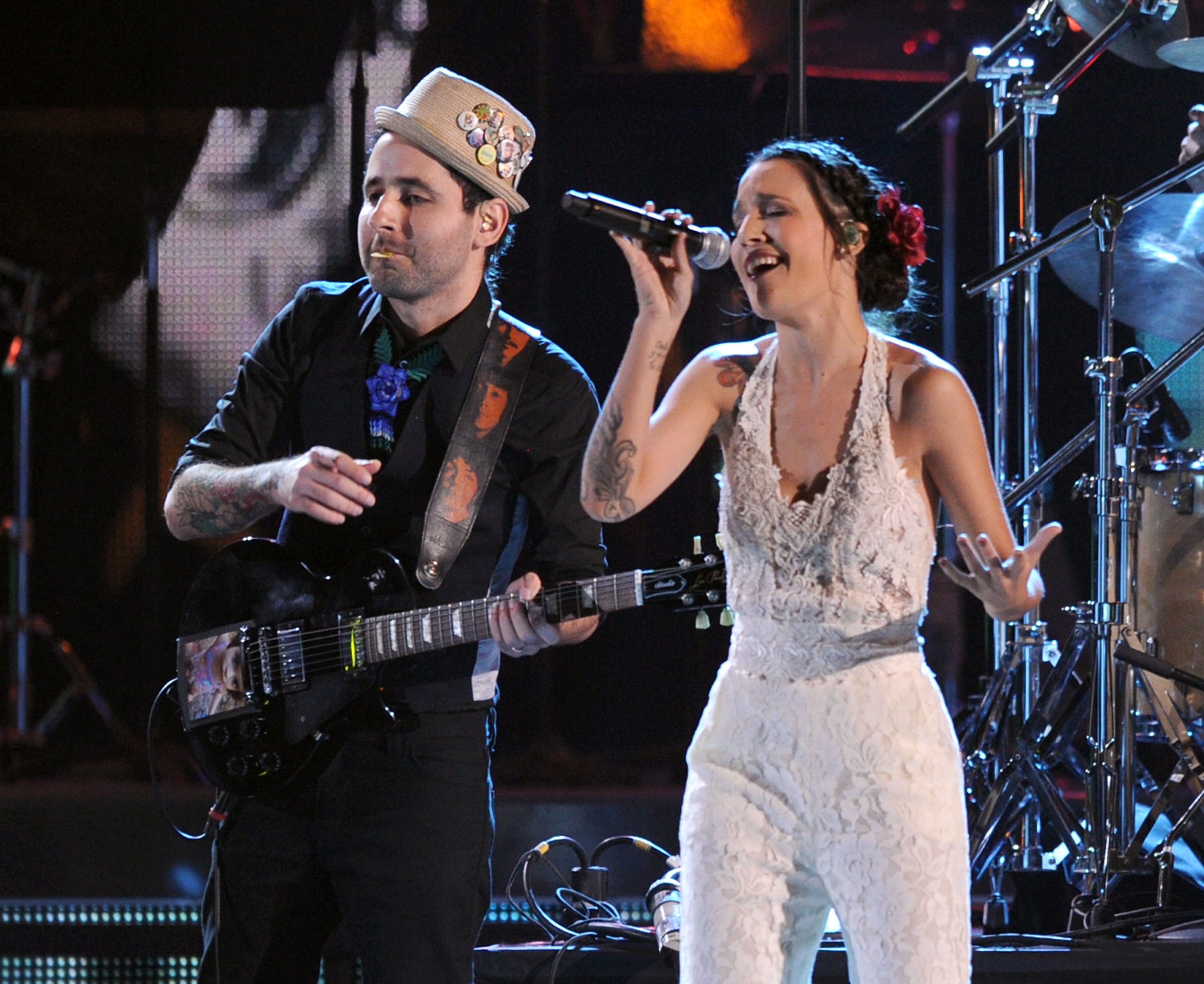 The Latin Grammys could mark Independence Day for Calle 13.

The Puerto Rican band is the top competitor at Thursday's awards show -- a success achieved with "Multiviral," the first album released on its own record label, El Abismo.

All of those top categories -- as well as best new artist -- have 10 nominees each.

Calle 13, which includes lead vocalist Rene Perez, will perform at the show airing live from the MGM Grand Garden Arena in Las Vegas, one of 20 performances set for Thursday. R&B singer Chris Brown will take the stage with Pitbull and Wisin; reggae-pop band MAGIC! will perform with Marc Anthony; and Ricky Martin will sing with Camila. Other performers include Juanes, Carlos Santana and Joan Manuel Serrat.

Calle 13 has been a Latin Grammy favorite since releasing its 2005 self-titled debut. The band has won the coveted album of the year twice with "Los De Atras Vienen Conmigo" and "Entren Los Que Quieran," and it has been awarded song and record of the year honors. The band has a chance of repeating its success at the 15th annual show, which will air on Univision (8 p.m. ET).

Six-time nominee Carlos Vives, who was the big winner last year with three Latin Grammys, is also up for album of the year. Other nominees include Anthony, Camila, Ruben Blades, Paco de Lucia, Jorge Drexler, Fonseca, Jarabe De Palo and the trio of Lila Downs, Nina Pastori and Soledad.

Behind Calle 13 is producer and songwriter Andres Castro, who has eight nominations, and mastering engineer Tom Coyne, up for seven. Enrique Iglesias is nominated for five awards, thanks to his pop hit "Bailando," a radio favorite this year.

Tell us: Do you plan to watch the Latin Grammys?