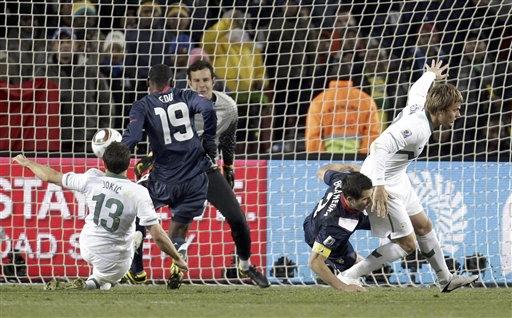 So much for being a TV hotshot: Craig Ferguson spent the first night after finding out he'd been selected as the new host of CBS' "The Late Late Show" sleeping in his car.

After months of on-air tryouts for Craig Kilborn's replacement, CBS announced Tuesday the selection of Ferguson, the Scottish actor who portrayed boss Nigel Wick on "The Drew Carey Show" for eight years.

Ferguson was in Vancouver filming a movie when he got the word late Monday, and he immediately began driving toward his Los Angeles home. Near Grant's Pass in Oregon, he searched for a hotel room but couldn't find one. So he slept in a parking lot.

"It made me laugh," he said. "I should probably do that every now and again."

Ferguson, who wrote and starred in the films "Saving Grace" and "The Big Tease," passed through a gauntlet of on-air tryouts set up by Worldwide Pants, David Letterman's production company. He was one of four finalists with actor Michael Ian Black, comedian D.L. Hughley and MTV "Total Request Live" host Damien Fahey.

Kilborn announced in August he was leaving the 12:35 a.m. talk show after five years of fruitlessly chasing NBC's Conan O'Brien in the ratings.

With his Scottish burr, the 42-year-old Ferguson brings a different sound to the time slot.

He had no aspirations to be a talk show host when he was asked to try out, so he relaxed and tried to be himself.

Then after a few times on the air, he realized he really wanted the job.

"It was like show-business crack to me," he said. "Once I was in, I was totally addicted."

A top comedian in Britain before moving to Los Angeles in 1995, he studied tapes of Letterman, Johnny Carson and Regis Philbin for pointers. That was a savvy move: Worldwide Pants was responsible for picking the new host, Carson is Letterman's hero and Philbin one of his biggest show business pals.

"Once I sat in the chair, I thought, `I love this. This is great fun," he said. "You do comedy, you talk to people, you meet hot-looking women and movie stars. This is fantastic!"