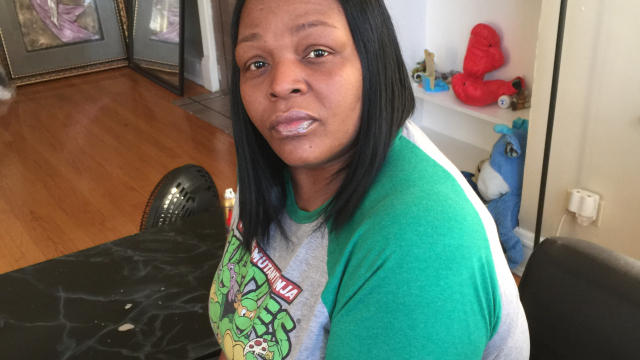 CHICAGO — More than two decades after a judge waived Latasha Eatman’s court-ordered community service, she was arrested and held in jail without bond for seven weeks, reports CBS Chicago.

Eatman said she was in the store where she’s worked for 15 years on Oct. 14 when two Chicago police officers came in to check if the store was selling illegal cigarettes. The officers issued the store a ticket and ran a check on Eatman’s name. Moments later, she was in handcuffs.

“I’m thinking in my mind, like, what have I done?”  Eatman said in an interview with CBS Chicago.

The officers had discovered a 1994 warrant that said Eatman was wanted for not completing the community service, which she was originally ordered to perform after a low-level 1993 marijuana arrest. Eatman had tried to perform the community service repeatedly at the time, but the organization she was supposed to work for was closed or had no room for her whenever she showed up. Her judge at the time acknowledged the effort she put in and terminated her probation, according to Cara Smith, the Cook County Sheriff’s Office’s chief policy officer.

But somehow a warrant for Eatman’s arrest remained on file.

When Chicago police discovered the incorrect warrant in October, it set off a 48-day odyssey in which Eatman was torn from her family and livelihood, and confined to a jail cell.

It started with a 10-day wait before her first court appearance. The judge seemed angry, Eatman later told Smith. He didn’t believe Eatman’s story and threatened to send her to prison, Smith said.

“You wonder why these communities don’t trust law enforcement. Can you imagine a more thoughtless, cruel way to handle this? She was treated like a real criminal,” Smith said.

Eatman was denied bond, and held for another 39 days, missing Thanksgiving and her son’s sixth birthday. Eatman told CBS Chicago she tried her best to keep the child from knowing where she was.

Smith told CBS News Eatman’s case was discovered almost by accident. Smith had asked her staff to examine the cases of women who were in the jail for the first time when they came across Eatman.

“We raised holy hell with the prosecutor’s office,” Smith said. The next day, Eatman was released.

Smith said the case sheds light on dysfunction in the criminal justice system, where a lack of communication between police, the sheriff’s office, prosecutors and other agencies means cases like Eatman’s aren’t always detected.

“This case terrifies me,” Smith said, adding that its impact on Eatman’s life extended to her life outside the jail, where Eatman is working extra hours at the store where she was arrested.

“Let’s remember, her bills continued. Her rent and her heat, all those things continued to accrue despite the fact that she was in jail,” Smith said.

The Cook County State’s Attorney’s office could not immediately be reached for comment.