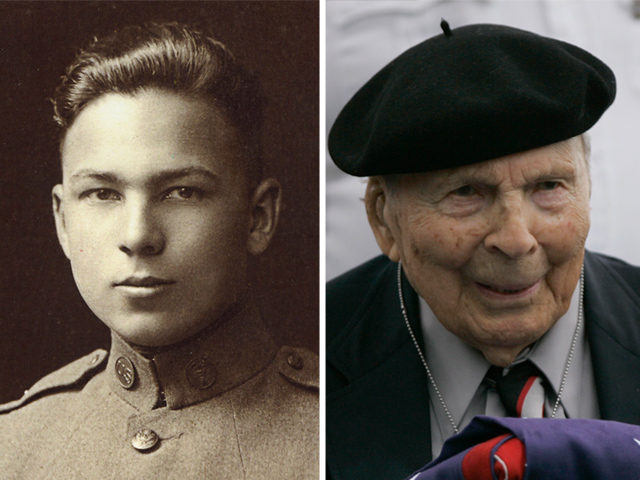 MORGANTOWN, W.Va. - The West Virginia soldier who outlived every other American who served in World War I will be buried next week at Arlington National Cemetery.

A service for Frank Buckles is set for 4 p.m. Tuesday, but family spokesman David DeJonge said Thursday it remains unclear who can attend. He says details are still being worked out with cemetery officials.

Buckles' daughter wanted her father to lie in repose in the U.S. Capitol, but Congress failed to approve that plan. Politicians remain divided over how to best honor Buckles and nearly 5 million former comrades. Buckles had been advocating for a national memorial honoring veterans of the Great War in the nation's capital and asked about its progress weekly.

Buckles had already been eligible to have his cremated remains housed at the cemetery. To be buried underground, however, he would have had to meet several criteria, including earning one of five medals, such as a Purple Heart.

Buckles, who also survived being a civilian POW in the Philippines in World War II, died of natural causes last month at his home in Charles Town. He was 110.

Buckles was repeatedly rejected by military recruiters and got into uniform at 16 after lying about his age.

He served in England and France, working mainly as a driver and a warehouse clerk. An eager student of culture and language, he used his off-duty hours to learn German, visit cathedrals, museums and tombs, and bicycle in the French countryside.