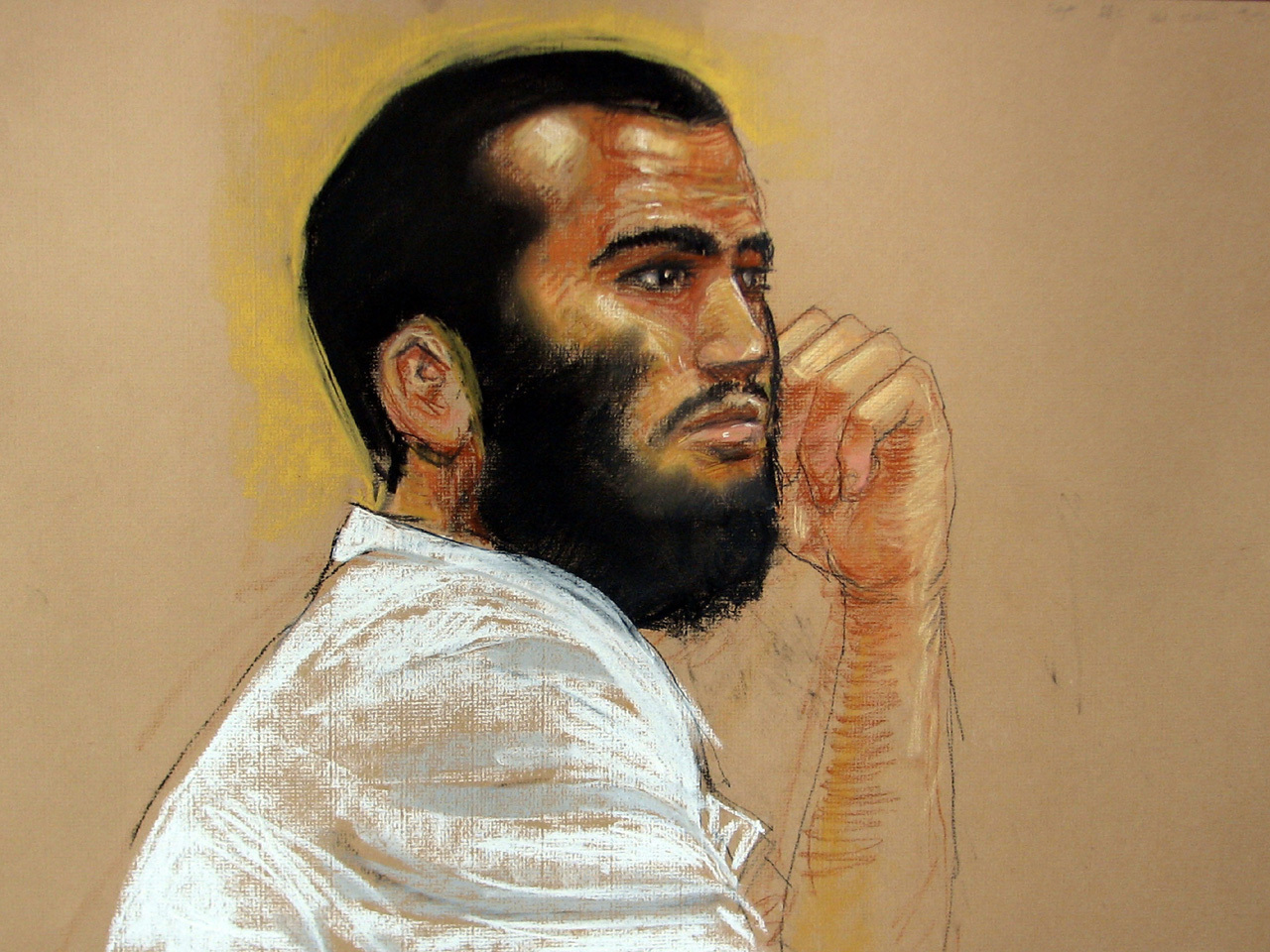 TORONTO The last Western detainee held at the U.S. military prison in Guantanamo Bay returned to Canada Saturday after a decade in custody and was transferred to a maximum security prison where he awaits parole, Canada's public safety minister said Saturday.

Vic Toews said that 26-year-old Omar Khadr arrived at a Canadian military base on a U.S. government plane early Saturday and was transferred to the Millhaven maximum security prison in Bath, Ontario.

The son of an alleged al Qaeda financier, Khadr pleaded guilty in 2010 to killing a U.S. soldier in Afghanistan and was eligible to return to Canada from Guantanamo Bay last October under terms of a plea deal. Canada's conservative government took almost a year to approve the transfer.

The U.S. Defense Department confirmed the transfer in a statement and said 166 detainees remain in detention at Guantanamo Bay.

Khadr was 15 when he was captured in 2002 in Afghanistan, and has spent a decade at the Guantanamo prison set up on the U.S. naval base in Cuba to hold suspected terrorists after the Sept. 11, 2001, attacks. He received an eight-year sentence in 2010 after being convicted of throwing a grenade that killed Army Sgt. 1st Class Christopher Speer during a 2002 firefight.

"His head is spinning a bit and it's going to be a real adjustment for him, but at the same time he is so happy to be home," John Norris, Khadr's Canadian lawyer, told The Associated Press.

"He can't believe that it is finally true. He simply can't. For very good reason he was quite fearful that the government would not follow through on its word and he's pinching himself right now not believing that this government has finally kept its word," he said.

Norris said Khadr would be eligible for parole as early as the summer of 2013. He said he's been returned to Canada 10 years too late.

Toews said that the U.S. government initiated Khadr's transfer and suggested that Canada had little choice but to accept him because he is a Canadian citizen. It will be up to Canada's national parole board to release him, Toews said.

"Omar Khadr is a known supporter of the al Qaeda terrorist network and a convicted terrorist," Toews said.

Toews called for "robust conditions of supervision" if Khadr is granted parole. Toews said in his written decision that he reviewed all the files forwarded by the U.S. government and said the parole board should consider his concerns that Omar "idealizes" his father and "appears to deny "Ahmed Khadr's lengthy history of terrorist action and association with al Qaeda."

Toews also said that Omar Khadr's mother and sister "have openly applauded" his father's "crimes and terrorist activities" and noted that Omar has had "little contact with Canadian society and will require substantial management in order to ensure safe integration in Canada."

"I am satisfied the Correctional Service of Canada can administer Omar Khadr's sentence in a manner which recognizes the serious nature of the crimes that he has committed and ensure the safety of Canadians is protected during incarceration," Toews said.

Norris said it is regrettable that the minister is trying to influence the parole board.

"Most of what he has said there is simply not true. It's part of the stereotype of Omar that this government has been disseminating from the beginning," Norris said.

He added that once the Correctional Service "will get to know Omar" they will "recommend appropriate conditions."

Canadian Prime Minister Stephen Harper's Conservative government had long refused to request the return of Khadr, the youngest detainee held at Guantanamo. The reluctance is partly due to suspicions about the Khadr family, which has been called "the first family of terrorism."

Defense attorneys have said Khadr was pushed into fighting the Americans in Afghanistan by his father, Ahmed Said Khadr, an alleged al Qaeda financier whose family stayed with Osama bin Laden briefly when Omar Khadr was a boy.

The Egyptian-born father was killed in 2003 when a Pakistani military helicopter shelled the house where he was staying with senior al Qaeda operatives.

The father was arrested in Pakistan in 1995 after a bomb attack targeting the Egyptian embassy in Islamabad, but was released after former Canadian Prime Minister Jean Chretien appealed to Pakistan to give him due process. Canada was embarrassed when he later emerged as a senior al Qaeda figure.

His son, Omar, was found in the rubble of a bombed-out compound badly wounded and near death in Afghanistan in 2002.

Khadr's family did not immediately respond to messages seeking comment about his release. Norris said he told the family Saturday morning that Omar had returned to Canada.

Norris said it's not for him to say whether Omar should live with his family once he's released.

"You can't change the fact that they are his family," Norris said. "They love him and I know that they'll find a way."

Norris said Khadr has received some education in Guantanamo Bay and hopes that will continue so that he's able to reintegrate into the community.

Khadr has claimed in the past that he was abused at Guantanamo, but Canadian Foreign Affairs officials said they accept U.S. assurances that Khadr was treated humanely. Human rights groups and opposition parties in Canada have long criticized Harper's Conservative government for not doing enough for Khadr.

U.S. Defense Secretary Leon Panetta signed off on Khadr's transfer in April. Panetta said in Ottawa earlier this year that sending Khadr back to Canada would be an important step because it would serve as an example to other detainees who are looking to return to their home countries or other places. Some Guantanamo detainees have been reluctant to agree to plea deals after noting that Khadr had remained in Guantanamo despite being eligible to leave since last October.

Suzanne Nossel, Amnesty International USA Executive Director, said the Guantanamo prison should finally be closed. She said Canada now has a chance to right what she called the many wrongs against Khadr and called for an investigation into Khadr's allegations of torture.

"Given the Obama administration's glacial pace towards closing the U.S.-controlled detention center, little and late though it is, today's news represents progress," Nossell said in a statement. "Khadr was imprisoned at the age of 15, subjected to ill-treatment and then prosecuted in a military commissions system that does not meet international fair trial standards. Growing up in Guantanamo and facing more prison time in Canada, his future remains uncertain."

The New York-based Center for Constitutional Rights released a statement calling Khadr's case "one of the ugliest chapters in the decade-long history of Guantanamo."

"Khadr never should have been brought to Guantanamo. He was a child of fifteen at the time he was captured, and his subsequent detention and prosecution for purported war crimes was unlawful, as was his torture by U.S. officials," CCR Legal Director Baher Azmy said.