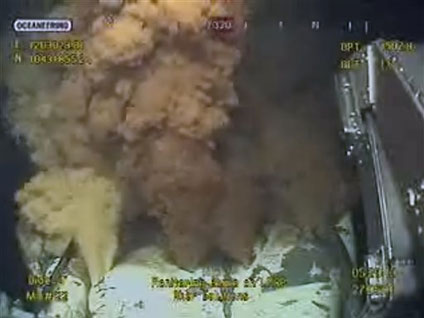 In what will be their final face-to-face meeting and possibly their last chance to address a nationwide television audience before Election Day, President Bush and John Kerry debate for the third time on Wednesday night.

Time has dwindled since their first debate two weeks ago, but the stakes have not shrunk. Polls show a tight race with no clear leader.

The debate, scheduled for 9 p.m. ET at Arizona State University, is limited to economic and domestic policy, but there may be questions that allow Mr. Bush to discuss foreign policy, the war in Iraq and his campaign against terrorism — all issues the Republican's campaign thinks he does well on.

"There could be times when those issues come up," said Bush campaign spokesman Scott Stanzel.

When the war on terror does come up, Kerry is likely to change the subject to the war in Iraq, which he has said was a mistake by the Bush administration, reports CBS News White House Correspondent Bill Plante.

Watch the debate on your local CBS station, or here on CBSNews.com, beginning at 9 p.m. ET.

For Mr. Bush, Wednesday's debate is a chance to revive in public opinion polls as the clock ticks down to Election Day, Nov. 2. His job-approval rating slumped to 47 percent in a USA Today-CNN-Gallup poll published Tuesday — one point above the lowest point in his presidency, reached in May.

A new poll by CBS News released Tuesday gave Mr. Bush a 48-45 percent edge over Kerry among likely voters – a lead that's within the poll's margin of error. The survey found that Kerry has the advantage over Mr. Bush on the economy, while the president retains his lead as the candidate best able to fight the war on terror.

"I think simple scoring says when you win the first two debates, the pressure is on the opponent to win the third," Joe Lockhart, a senior adviser for the Kerry campaign, told the CBS News Early Show. "The public has been very clear that John Kerry won decisively the first debate and won the second debate, so we'll see which George Bush shows up."

"I think tonight's debate is a great opportunity," Ken Mehlman, Mr. Bush's campaign manager, told the Early Show. "The president knows who he is and knows what he wants to do, and there is a huge difference between the president and Sen. Kerry on these important domestic issues."

As in the first debate, the candidates on Wednesday night will take questions standing at lecterns. CBS News Chief Washington Correspondent Bob Schieffer will moderate.

Despite their public assurances and the fact that Kerry has spent most of the campaign until recent weeks attacking Mr. Bush's domestic record, the senator spent two days secluded in a New Mexico hotel trying to master the debate material.

Lockhart said the Massachusetts Democrat has been preparing for Mr. Bush to try to shift the debate, but that he plans to hold the president accountable for his "record of failure." Lockhart pointed to higher health care costs and gas prices, a swing from surplus to deficit, concern over Social Security reserves and increasing Medicare premiums.

As The New York Times reported that proposals by both campaigns would cost $1.3 trillion over 10 years, Lockhart said Kerry would pay for those programs by rolling back the Bush tax cuts for people making more than $200,000 a year.

"That's $2 trillion alone with one stroke of the pen," Lockhart told the Early Show.

"This is a United States senator who has voted 350 times for higher taxes and that's once every three weeks," he said.

At a rally Tuesday in Colorado Springs, Colorado, Mr. Bush mocked Kerry's credibility and said the debates so far "have highlighted the clear differences between the senator and me on issues ranging from jobs to taxes to health care to the war on terror."

"The problem is," Mr. Bush said Tuesday, "to keep that promise, he would have to break almost all of his other ones. ... To pay for all the big spending programs he's outlined during his campaign, he will have to raise your taxes. He can run from his record, but he cannot hide."

Democratic vice presidential candidate Sen. John Edwards said Tuesday that Mr. Bush is disconnected from the reality that many Americans struggle to pay for health care and find work.

Campaigning in a Denver suburb some 70 miles from where Mr. Bush held a rally, Edwards criticized the Republican incumbent's record on jobs. More than 800,000 jobs have been lost since Mr. Bush took office, making him the first president to have more jobs lost than created in 72 years.

The North Carolina senator said Mr. Bush was "out of touch with what's happening in the real world."

"I'll tell you what would be good for the economy, would be to outsource George Bush," Edwards said.