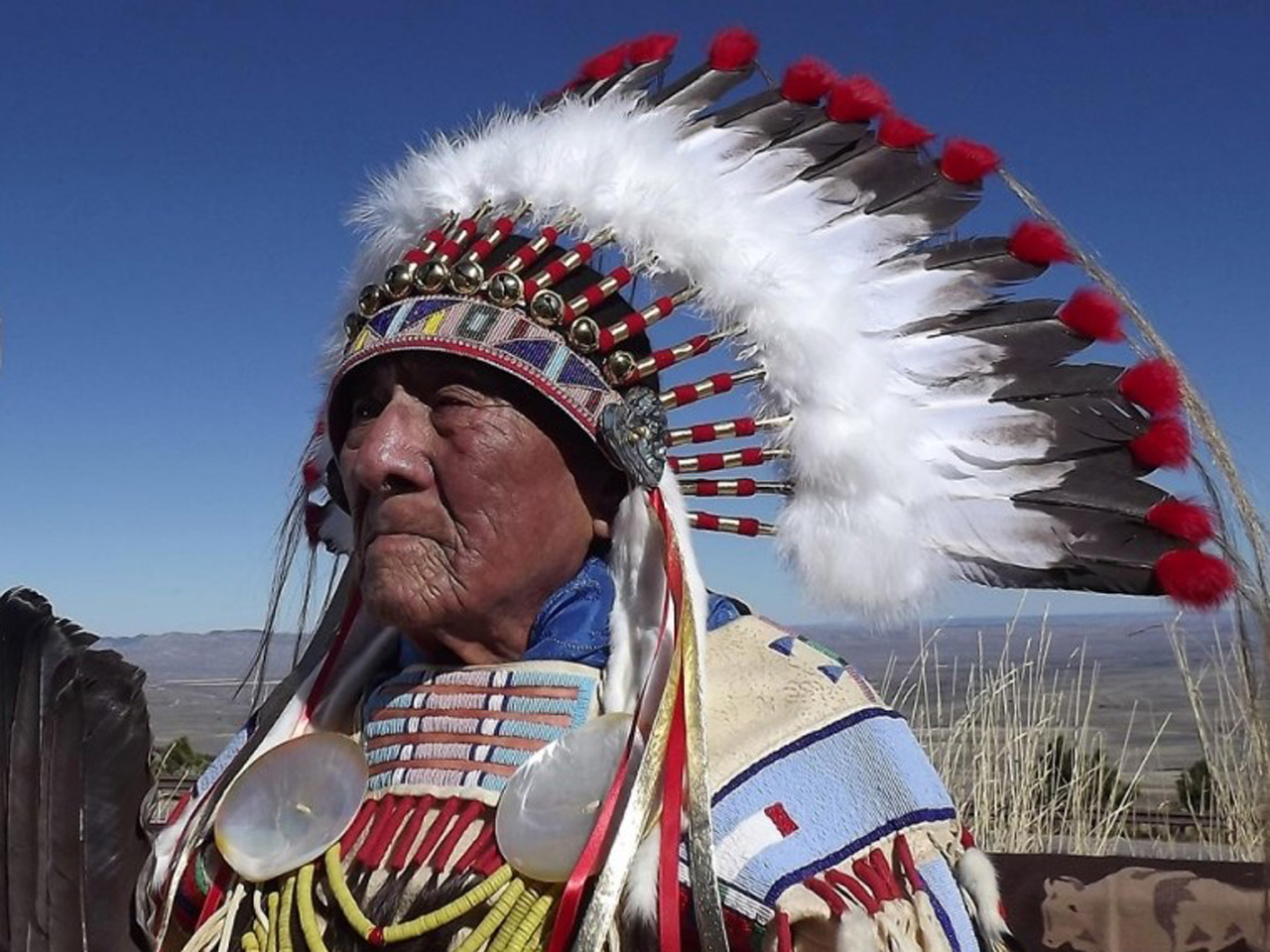 A member of the Crow Tribe's Whistling Water clan, Medicine Crow was raised by his grandparents in a log house in a rural area of the Crow Reservation near Lodge Grass, Montana.

His Crow name was "High Bird," and he recalled listening as a child to stories about the Battle of Little Bighorn from those who were there, including his grandmother's brother, White Man Runs Him, a scout for Lt. Col. George Armstrong Custer.

The National Parks Service claims Medicine Crow was "the last living person with a direct oral history from a participant of the Battle of Little Bighorn in 1876."

His grandfather, Yellowtail, raised Medicine Crow to be a warrior. The training began when Medicine Crow was just 6 or 7, with a punishing physical regimen that included running barefoot in the snow to toughen the boy's feet and spirit.

Medicine Crow in 1939 became the first of his tribe to receive a master's degree, in anthropology. He served for decades as a Crow historian, cataloging his people's nomadic history by collecting firsthand accounts of pre-reservation life from fellow tribal members.

During World War II, Medicine Crow earned the title of war chief after performing a series of daring deeds. According to the Parks service, "in order to become a Chief of the Tribe, certain Crow Military requirements have to be met, consisting of four deeds: Touch or strike the first enemy fallen, whether alive or dead; To wrestle a weapon away from an enemy warrior; To enter an enemy camp at night and steal a horse; To command a war party successfully."

While in Europe, Medicine Crow completed these tasks, including stealing horses from an enemy encampment and hand-to-hand combat with a German soldier whose life Medicine Crow ultimately spared.

"Warfare was our highest art, but Plains Indian warfare was not about killing. It was about intelligence, leadership, and honor," Medicine Crow wrote in his 2006 book "Counting Coup."

Soon after returning from the European front, Medicine Crow was designated tribal historian by the Crow Tribal Council.

With his prodigious memory, Medicine Crow could accurately recall decades later the names, dates and exploits from the oral history he was exposed to as a child, Viola said. Those included tales told by four of the six Crow scouts who were at Custer's side at Little Bighorn and who Medicine Crow knew personally.

Yet Medicine Crow also embraced the changes that came with the settling of the West, and he worked to bridge his people's cultural traditions with the opportunities of modern society. His voice became familiar to many outside the region as the narrator for American Indian exhibits in major museums across the country.

"He really wanted to walk in both worlds, the white world and Indian world, and he knew education was a key to success," said Viola, who first met Medicine Crow in 1972 and collaborated with him on several books.

Gov. Steve Bullock said Medicine Crow was an inspiration to his tribe and others.

"Joe was a Crow war chief, veteran, elder, historian, author, and educator. His legacy will forever serve as an inspiration for all Native Americans - and all Montanans," he said.

U.S. Sen. Steve Daines said Medicine Crow was a good leader and the first member of the Crow Tribe to attain a master's degree.

During the White House ceremony, Obama referred to Medicine Crow as "a good man, a 'bacheitche' in Crow."

"(His) life reflects not only the warrior spirit of the Crow people, but America's highest ideals," Obama said.

He was nominated for the Congressional Gold Medal and was awarded honorary doctoral degrees from the University of Southern California and Montana's Rocky Mountain College.

In 2015, CBS affiliate KTVQ reports Billings school officials named the new middle school in the Heights "Medicine Crow Middle School," which is currently under construction on the corner of Bench Boulevard and Barret Road.