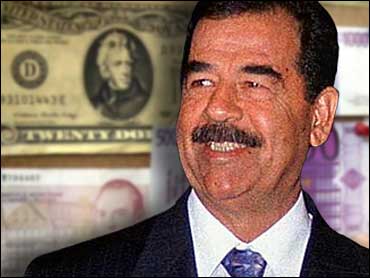 U.S. authorities have growing confidence that the nearly $1 billion that was ordered removed from Iraq's central bank by Saddam Hussein has been located in various hiding spots around Baghdad, a top Treasury Department official said Thursday.

"We are getting more and more confirmation that the large bulk of those funds have been identified," said Treasury Undersecretary John Taylor.

Meanwhile, American commanders are trying to determine how large a force is needed to create a secure environment for the people of Iraq, Defense Secretary Donald H. Rumsfeld said Thursday.