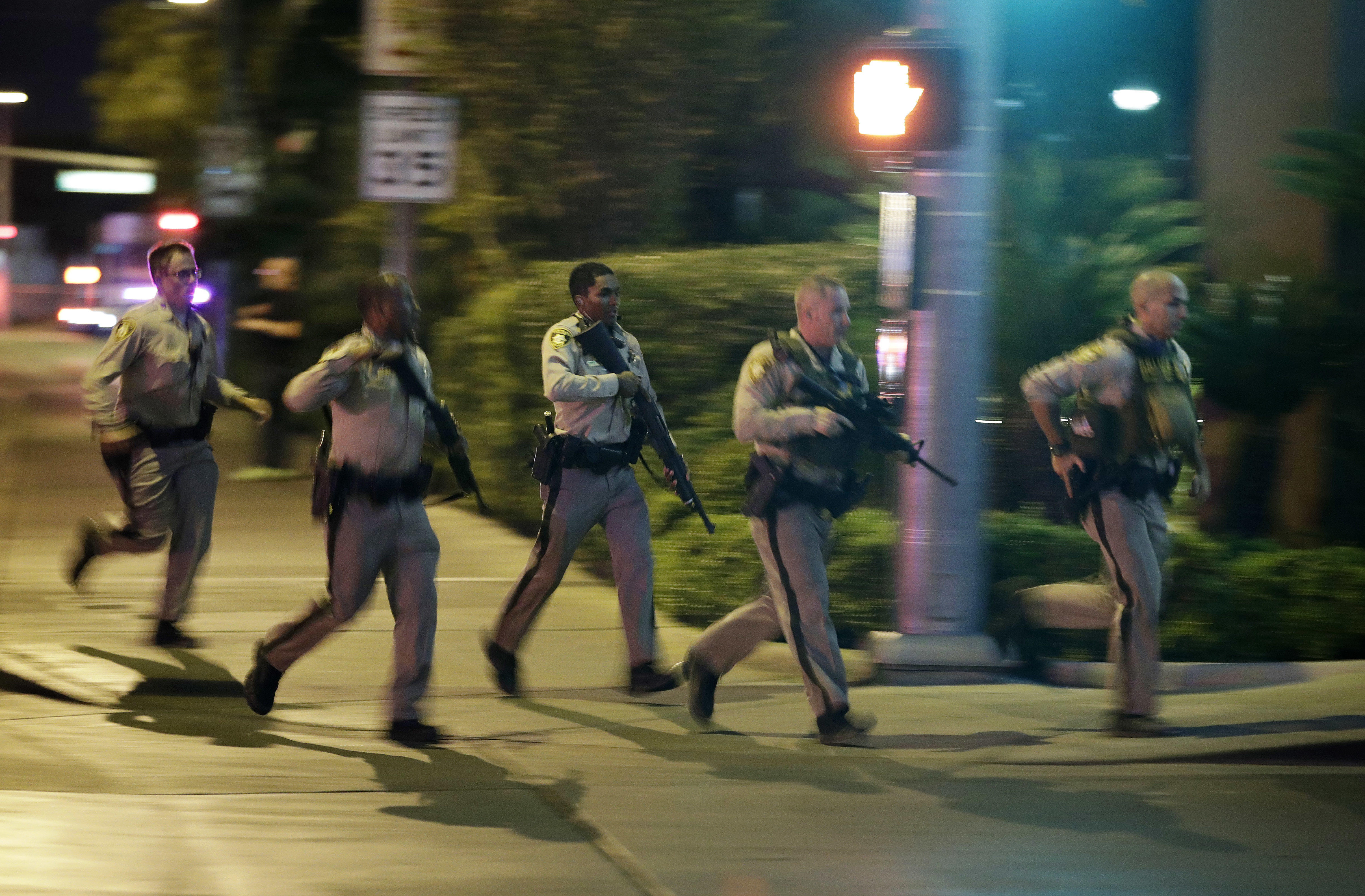 As a gunman opened fire on a country music concert from a Las Vegas hotel room, early police radio reports paint a picture of chaos and horror as officers scrambled to ascertain what was happening, help gunshot victims and find the suspected shooter.

At least 59 people were killed and 527 wounded in the deadliest mass shooting in U.S. history.

In the radio reports, obtained by CBS News from an open-source police scanner, officers are repeatedly asked to hold off on casualty reports because they have to find the active shooter first.  At one point, an officer sounds so panicked that someone tells him to stay calm.

The radio reports capture the chaos as gunfire erupted.

"We have 40-50 people pinned against the wall, we're taking fire," an officer can be heard saying. "It's going right over our heads."

Another voice responds: "Stay calm. Please stay calm we are trying to get this set up."

At one point, police are warned to stay away from the "east side of the boulevard."

Another officer can be heard reporting three badly wounded gunshot victims are in his car.

"Have three critical victims in my vehicle," the officer says. "I am taking them to Sunrise [hospital]. Do we have any vehicles that can assist me with traffic? They need to go now."

At one point, the police radio report references officers honing in on the suspected gunman at the Mandalay Bay casino-hotel.

Police said Monday morning that the shooter, 64-year-old Stephen Craig Paddock, was found dead in a hotel room on the 32nd floor of the hotel. Authorities said he had as many as 10 firearms.