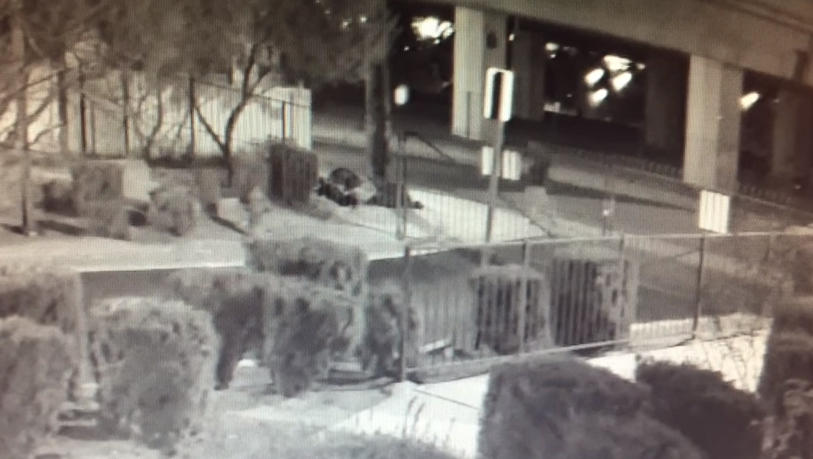 LAS VEGAS -- Las Vegas police are looking for a gunman they believe shot and killed two homeless men, wounded a third and opened fire on another man outside a convenience store in a nearby city within the past 10 days.

Forensic analysis has connected the same gun to all four shootings - three of them in less than a seven-hour period on Jan. 29, police Capt. Robert Plummer said. The most recent victim, who was homeless, was found Friday under a downtown bridge. Surveillance video captured the suspect shooting the victim and running away.

Plummer told reporters Tuesday that if the shooter isn't already a serial killer, "he's on the way to being one." He said the FBI's definition of a serial killer is someone who kills three or more people about a month apart.

He didn't specifically say if the suspect is targeting homeless people but said "to target homeless, (a) very vulnerable segment of our society, is cowardly."

Police are appealing to residents and business operators near the crime scenes to check surveillance footage from Jan. 29 to Feb. 2 for any clues. They also have stepped up patrols near downtown and are reaching out to homeless shelters and homeless people seeking tips and to warn about the danger.

"We're doing everything we can to get this person in our custody," Plummer said.

The white or Hispanic suspect is about 6 feet tall, police said. He was driving a 2016 or 2018 Hyundai Tucson Sport Limited SUV that is silver, gray or light blue.

The first victim, who suffered a non-threatening wound, was shot outside a convenience store in Logandale, about 60 miles north of Las Vegas. He was by himself when the gunman approached in a vehicle and fired several rounds, hitting him once, Plummer said.

A few hours later, Brian Clegg, 51, was sleeping with a group of homeless people outside a mall when the gunman approached and killed him. He died at the scene shortly after 3 a.m.

Around 7:13 a.m., police say they were notified that another homeless man had been taken to the hospital with a gunshot wound to the head. He survived but has been unable to provide any details about what happened.

Plummer said investigators had determined those two incidents were related before the final victim was found dead beneath a bridge near U.S. Highway 95 on Friday.

The surveillance video shows the gunman firing at least two shots at the sleeping victim, 64-year-old James Lewis, around 4:15 a.m. before fleeing in the SUV.

Police later determined the SUV caught on video fleeing the scene of the first shooting was the same vehicle connected to one of the other shootings later that day.

"During the course of the investigation, it was determined all four of these incidents are related," police said in a statement.