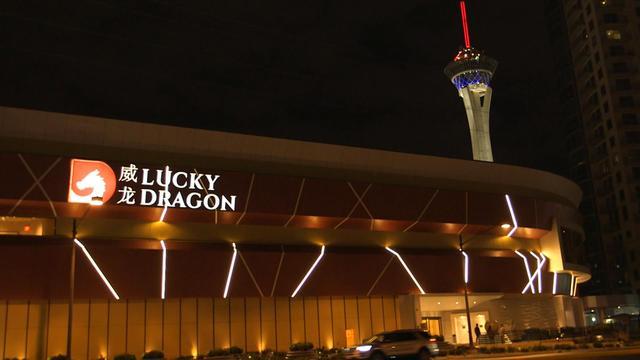 As a Chinese airline, Hainan Airlines, begins the first nonstop flights from Beijing to Las Vegas, tourism officials in Vegas anticipate the city could rake in an extra $33 million a year from visitors on that route alone.

Lucky Dragon Hotel and Casino is ready to welcome them. Lucky Dragon isn’t so much a case of East meets West as East comes West at the end of the Las Vegas strip, reports CBS News correspondent John Blackstone.

“What we’re doing here is trying to create something that is authentically for our Asian guests — I would say, ever steady and growing group of customers that come here,” said chief operating officer David Jacoby.

Jacoby said while other casinos on the strip have long courted high-rollers from Asia, Lucky Dragon is aiming to win over China’s growing middle class, which is now beginning to travel.

“It’s the largest growing international travel market on the planet and we want to be part of that,” said Kevin Bagger of the Las Vegas Convention and Visitors Authority.

Lucky Dragon is the first new casino to open there in six years. The hotel is betting the nonstop flights from Beijing to Las Vegas will bring a surge in tourism. According to the U.S. Department of Commerce, in 2015, nearly 2.6 million Chinese travelers visited the United States. By 2020, that number is estimated to grow to 5 million.

While other Vegas hotels have lavish theaters featuring famous entertainers, the hottest acts at Lucky Dragon are in the show kitchen. Here they make authentic Chinese cuisine, which often bears little resemblance to the Chinese food Americans are used to.

Instead of showgirls, this casino has dragons. They’re a symbol of good luck in Chinese culture. In another sign of good fortune, the casino bar is eight-sided.

And only at this Vegas hotel will your Bloody Mary come with chicken feet, which are considered a delicacy in China.

But instead of cocktails, Chinese often prefer tea. So the hotel offers a traditional tea service.

Winne Gao is from China, but now lives in Las Vegas.

“The style, the design and the people – so nice for us,” Gao said.

The Department of Commerce estimates Chinese travelers spend $6,000 to $7,000 per person per trip, ranking the Chinese as the highest spending group of international visitors.

“They spend a lot more money on shopping and retail while they’re here,” Bagger said. “And a lot of that is high-end, luxury shopping.

Lucky Dragon isn’t alone in trying to cash in on the Asian travel boom. A Malaysian company has plans to develop Resort World Las Vegas — an enormous Asian-themed hotel and casino complex scheduled to open in 2019.

While Lucky Dragon is designed to attract Asian tourists in particular, the hotel hopes other visitors to Vegas will find some adventure here, too.