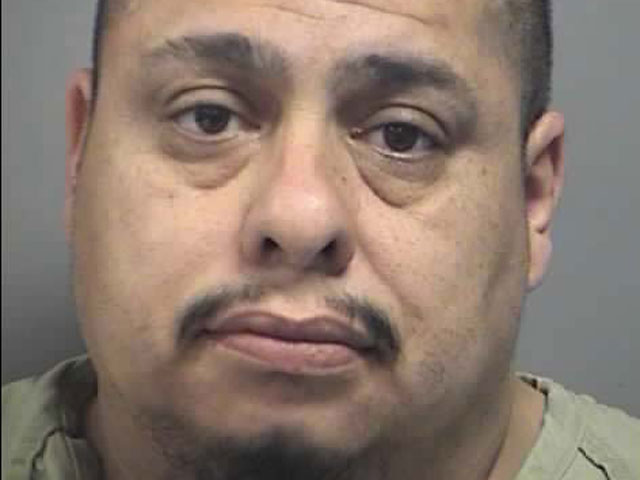 (CBS/KLAS) NORTH LAS VEGAS, Nev. - Carlos Barron, a teacher at a North Las Vegas middle school, has been arrested for allegedly opening fire on a reality TV crew that had their van parked in his neighborhood.

Police say Barron, 40, became angry after a van that belonged to a film crew from the reality show "Repo Games" was parked in front of his home. He then allegedly assaulted one of the people in the van after demanding they move the vehicle, reports CBS affiliate KLAS.

The crew was shooting a repossession that was occurring in Barron's neighborhood.

After Barron allegedly struck the person inside the van, crew members confronted him. He then allegedly pulled a gun from his waist and opened fire, the station reports.

The victims fled the area and called the police. Barron went back to his home and barricaded himself inside, according to police.

After two hours, Barron tried to escape out his back door, but a K-9 unit tracked him down. He suffered minor injures. Police took him to get treated at a local hospital, then arrested him and took him into custody, reports KLAS.

Barron was booked into the North Las Vegas Detention Center for attempted murder, assault with a deadly weapon, aiming or discharging a firearm where a person might be in danger and obstructing a police officer.

According to KLAS, the Clark County School District says it will take appropriate action, depending on the outcome of Barron's case in the judicial system.